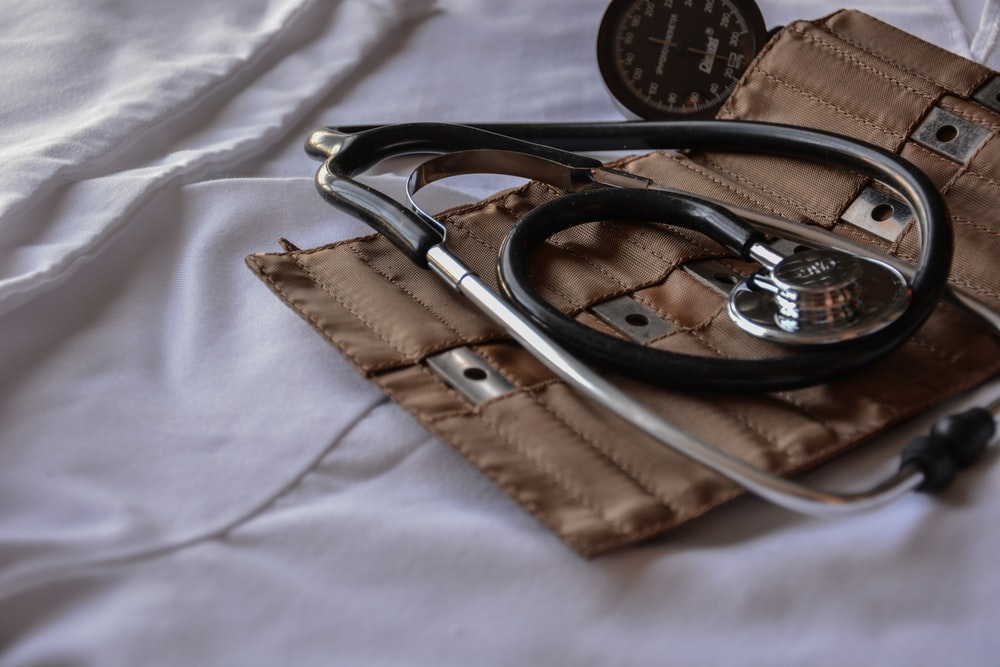 “Many economists believe that the [employer] exclusion is a major driver of high premiums, since the federal government taxes a $1 increase in pay but not a $1 increase in medical coverage. That differential tax treatment encourages employees and union members to receive a portion of additional compensation in the form of more benefits (expanded benefits, lower out-of-pocket costs) rather than as taxable wages.”

The presidential campaign is heating up, and you’re going to hear a lot about medical coverage and care. It’s one of the top items on voters’ minds, according to polls (one sample here). The two major parties have very different views on how the nation should move forward on the issue.

Republicans favor increased competition and are relying on executive orders issued by the president to increase coverage options and premiums, as well as to manage prescription costs and surprise billing. The party’s one attempt to make substantive legislative change – substantial amendments to the Affordable Care Cat – were approved on a partisan vote in the House of Representatives in mid-2017 and then died with a vote in the Senate.

The Democrat primaries earlier this year focused on three very different approaches, all of which involve the trend toward further federal management of the coverage market:

All these approaches have flaws. The most substantive is that none addresses the price of care – an oversight that repeats the reform in Massachusetts in the early 2000s and the ACA. Politicians have a difficult time approving legislation to reduce prices because the largest employers in many congressional districts are ever-expanding hospital systems that constantly add doctors and construct new outpatient surgery centers and freestanding emergency rooms to provide a convenient – albeit expensive – alternative to other providers in the community.

I propose an approach that empowers consumers, encourages them to buy care based on price and quality, retains, allows companies to keep or drop employer-sponsored coverage without reducing the number of people covered, and retains the innovation that a program controlled entirely by the federal government would discourage.

This is the foundation of my plan. Every American would be eligible to open and fund a Health Savings Account, regardless of coverage (a proposal that Sen. Ted Cruz has sponsored in the Senate to address patient concerns during the pandemic emergency). This account would be the fulcrum of their medical coverage.

The list of qualified expenses would expand to include medical premiums for nongroup and employer-sponsored coverage. This is a critical component, since premiums today are qualified only if the subscriber collects unemployment benefits or exercises his continuation rights under COBRA.

Contribution limits would rise sharply, from the $3,600 (self-only coverage) or $7,200 (family coverage) ceilings in 2021 to something like $15,000 and $30,000 – indexed for premium inflation. These figures sound super-high, but the rationale will become clear in a moment.

Employer contribution rules would be made more flexible as well. Rather than offering the same amount to all similarly situated employees (individual versus family coverage, no variation by age), a company would have the flexibility to vary contributions by age and contract size – the variables that influence premiums and are allowed under ICHRAs.

The employer exclusion refers to the provision in the tax code dating to the 1950s that allows employees to receive medical coverage tax-free. Many economists believe that the exclusion is a major driver of high premiums, since the federal government taxes a $1 increase in pay but not a $1 increase in medical coverage. That differential tax treatment encourages employees and union members to receive a portion of additional compensation in the form of more benefits (expanded benefits, lower out-of-pocket costs) rather than as taxable wages.

The drafters of the ACA acknowledged this issue. They realized that they would have difficulty politically eliminating the employer exclusion, since employers, employees, and benefits advisors all benefit from this provision. Instead, they created a back door to eliminating the incentive to receive additional compensation in the form of richer medical coverage by enacting the excise tax on high-cost health plans. You know that levy as the Cadillac Tax.

They could continue to offer these plans. They just wouldn’t receive a tax break to fund their portion of the coverage directly. Instead, they could contribute that money to employees’ Health Savings Accounts, which would allow the company to deduct the cost and employees to receive the funds tax-free. Employees would receive their employer allocation in their Health Savings Accounts and could choose to buy the company plan or purchase nongroup coverage.

In this model, employers would have to price their coverage by age and family size. Today, most companies blend rates, so that all employees, regardless of age, pay the same premium for the same coverage tier (individual, employee+1, family, and so forth). If the company continued to blend rates in this new model, young employees would buy less expensive nongroup plans (which are priced based on age, with lower premiums to younger enrollees) and older workers would remain on the group plan. Removing younger enrollees, who on average incur lower claims than older workers, would lead to sharp premium increases in the group plan.

Putting It All Together

The plan would replicate some aspects of Individual-Coverage Health Reimbursement Arrangements, which President Trump created by executive order in 2019. ICHRAs allow employers to give employees a tax-free stipend to purchase coverage in the nongroup market.

The Appeal to Democrats

Many elected Democrats want to remove the employer from the middle of coverage purchases. And they want equal tax treatment of coverage, whether the buyer works in a traditional employment relationship or is self-employed or contracted. This approach places the tax benefit with the individual, not a company.

In this model, buyers are more likely to manage premiums by choosing plans with narrower networks or higher out-of-pocket costs than their employers choose for them. This gets at the Democrats’ concerns that led them to impose the Cadillac Tax.

The Appeal to Republicans

Most Republicans are champions of Health Savings Accounts. They believe that when ordinary people are given funds to shop for coverage (as they are with an ICHRA) or face higher cost-sharing with a pool of tax-free dollars, they make better individual decisions than do employees who are given a limited menu of options by their company or don’t share in the burden of receiving care from providers who charge higher prices with no discernable increase in quality.

The plan also offers portability, since employees who are covered by a nongroup plan don’t lose their coverage when they lose their job. That’s a key benefit of ICHRAs as well.

Insurers and traditional benefits advisors may view this approach as a threat to their distribution model. They rely on the efficiency of selling coverage to companies rather than individual employees. Further, this approach would require a change in current compensation models that offer commissions for group sales but little or no money to brokers who place nongroup policies.

For administrators of innovative self-insured plans and the benefits advisors that craft and manage these plans, this change is unlikely to affect their business. As they develop coverage models that provide real reductions in the price of medical care through the use of cutting-edge technology, patient navigation by independent primary-care physicians, and tools programs designed to deliver care based on value, companies will continue to offer these products to these employees. If the company can deliver this coverage for an average of $18,000 per family and the average premium in the nongroup market is $22,000, that’s $4,000 less that an employer has to fund a Health Savings Account (and $4,000 more that an employee has to pay to choose a nongroup plan rather than the company’s product).

Federal tax law would have to be modified so that employers could base their Health Savings Account funding on whether an employee bought coverage. Otherwise, working spouses could collect their share from each employer, whereas today one spouse would waive coverage and cost her company nothing.

Cost is an issue with all government programs. This program would probably cost the federal government less than the current employer exclusion.

What do you think? Comments welcome.

I suspect that neither major presidential candidate will embrace my plan and present it to Congress in his State of the Union address shortly after the inauguration. But that’s okay. Ideas take time to crystallize. I’m a patient man.

More and more Americans have access to Health Savings Accounts through their companies. See the trends here.

Do you read my HSA Monday Mythbuster and HSA Wednesday Wisdom columns? They’re published weekly on LinkedIn. Here’s a recent column about how the pandemic is affecting Health Savings Account owner’s behavior.

Today is the 157th anniversary of what’s called the bloodiest day in American history. Learn more about the Battle of Sharpsburg (or Antietam) and its effect on our history here.

One thought on “A Reform Proposal Built around Health Savings Accounts”