A Very Early Look at the 2020 Election and Healthcare 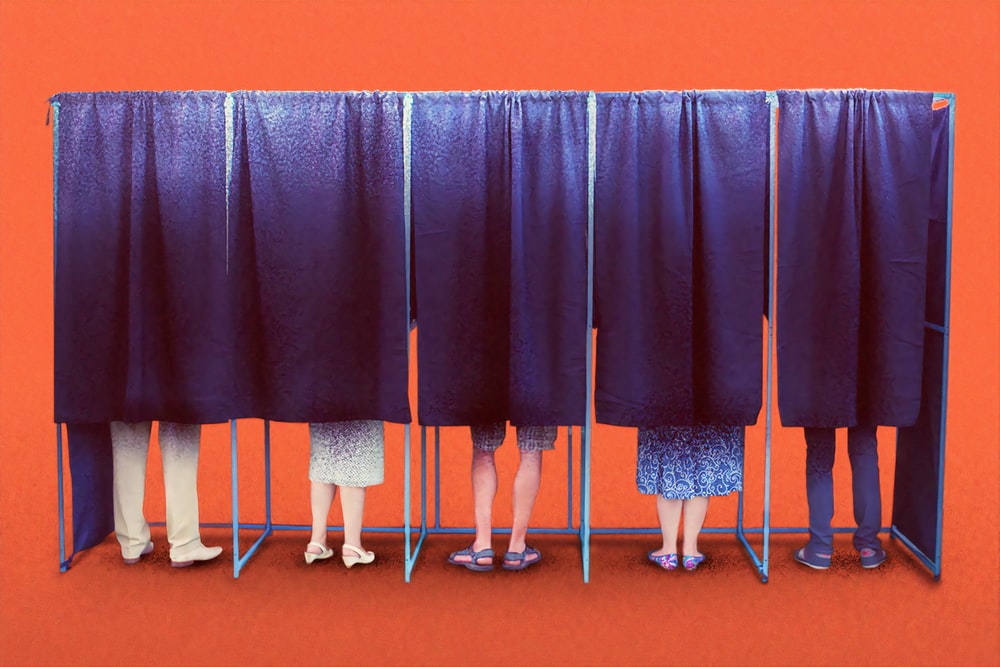 “If the Democrats do win control of the Senate, they will have won seats in states that aren’t breeding grounds for government activism . . . Democrats who win elections in those states won’t be as eager to increase federal control over medical care as are Democrats from states like California, New York, New Jersey, and Massachusetts. The party may suffer the same fate as Republicans in 2017 when three moderate GOP senators halted major healthcare legislation.”

As both Democrats and Republicans hold their virtual conventions this month, we’re approaching the home stretch of a long, long presidential campaign. Although the focus right now is on the pandemic and the economy, expect a broader discussion of healthcare to commence after Labor Day. It’s still one of the top issues on voters’ minds.

Fueling that interest will be the Supreme Court’s hearing a case – perhaps in the weeks before the November 3 election – involving the Affordable Care Act. California v. Texas (known as Texas v. U.S. in lower courts) [ ] is another challenge to the constitutionality of the ACA. The plaintiffs – the attorneys general from 20 states – have prevailed in federal district court and the court of appeals against arguments made by the attorneys general of 18 other states. Each time, the presiding judges issued an injunction, allowing the ACA to remain in place until a higher court took up the question.

The prospect of high visibility of the ACA in particular and healthcare policy in general will certainly add a dynamic to the 2020 presidential election if justices agree to take up the case during the first month of their term (before the election). The Trump Administration will either not act or support the position that the law is unconstitutional.

During the primary debates, candidate Biden favored a public option – a government plan to compete with private insurance – rather than a government monopoly. The hope is that the federal government can offer coverage at a lower cost in markets without adequate private competition, thus forcing private insurers to reduce their premiums or risk going out of business.

However, the term public option is vague. It doesn’t provide much insight into how such a plan might work. Would President Biden propose creating this program as a variation of the current Medicare program? If that’s the case, would taxpayers subsidize each enrollee (the federal treasury pays about 75% of outpatient and prescription drug costs in Medicare, whereas members pay the remaining 25% via premiums)?

Would the plan use Medicare’s take-it-or-leave-it contracted rates with providers, thus undercutting the rates that providers negotiate with private plans?

Or would the public option operate like a private plan, negotiating reimbursement rates, pricing plans to reflect all costs, and accepting underwriting losses?

Without clear answers to these questions, it’s impossible to know whether the public option is a sincere attempt to increase competition or a Trojan horse designed to bankrupt private insurers. And the answers will be formed by political considerations rather than sound business principles, as all public-policy issues are.

A Biden Presidency and Democrat Control of Congress

This is obviously the Democrats’ dream scenario. A growing number of Democrats favor the creation of a government monopoly over the design, delivery, and financing of all medical care in the United States (nicknamed “Medicare for All”). To many elected officials and voters, the debate is over whether to propose that drastic step in 2021 (for which supporters of Sen. Bernie Sanders (I-VT) passionately advocate) or move in incremental steps. Last year, half the Democrats in the House of Representatives co-sponsored a Medicare for All bill, as did one-third of Senate Democrats. That support is likely to grow, even as states as diverse as Vermont, Colorado, and California have moved away from the single-payer direction in recent years after determining that the projected cost of the program wasn’t sustainable.

If Democrats sweep the election, they’ll have a narrow majority in the Senate – far less than the 60 needed to prevent a filibuster. The filibuster is a Senate rule that allows a minority of senators to hold up legislation unless 60 senators vote to end the filibuster. Both Democrat and Republican majorities have chipped away at the filibuster for judicial confirmations during the past decade. A Democrat majority – no matter how slim – can change Senate rules and eliminate the filibuster altogether. And it probably will, paving the way for simple majorities in both chambers to pass legislation and send it to the president for signature.

Lowering the bar in the Senate would make it easier to approve bills. But it’s not that simple. If the Democrats do win control of the Senate, they will have won seats in states that aren’t breeding grounds for government activism, like Arizona, North Carolina, Iowa, Georgia, and North Carolina. Democrats who win elections in those states won’t be as eager to increase federal control over medical care as are Democrats from states like California, New York, New Jersey, and Massachusetts. The party may suffer the same fate as Republicans in 2017 when three moderate GOP senators halted major healthcare legislation (see below).

The most likely reform in this environment would be incremental changes to the ACA: larger subsidies up to higher income levels to increase enrollment, perhaps lower caps on out-of-pocket costs, maybe additional incentives to encourage the last hold-out states to expand Medicaid.

A Biden Presidency and a Split Congress

If Republicans retain control of the Senate (or lose the Senate and somehow win the House), a President Biden won’t be able to achieve any reform without serious compromise. That means that Medicare for All, a public option, and even major changes to and increased funding to strengthen the ACA probably wouldn’t be on the table. Any changes to strengthen the ACA would probably require a Biden Administration to and congressional Democrats to accept Health Savings Account expansion and more market-oriented reforms around surprise billing and prescription-drug costs.

A President Biden would then be limited to making changes by executive order, as President Trump has. He would probably start by nullifying Trump Administration orders that extended short-term, limited-duration plan enrollment from three months to three years and created Individual-Coverage HRAs (ICHRAs). In his eyes, these plans destabilize insurance markets by removing healthy individuals (short-term, limited-duration plans) from or dumping bad group risk (ICHRAs) into the nongroup market.

A Trump Presidency and a Split Congress

This would be a continuation of the last two years. In this scenario, the president would continue to use executive orders to make incremental changes to the system. Republicans in the Senate and Democrats in the House might agree on approaches to some issues – today, they favor addressing surprise medical billing and prescription drug prices, but differ on the right policy prescription – that can pass as part of larger bills. If Sen. Mitch McConnell (R-KY) retains his seat (he’s facing a major challenge in his bid for a seventh term) and position as majority leader, the best bet is that he’ll remain reluctant to advance healthcare legislation – especially bills that originate in a Democrat-controlled House.

A Trump Presidency and Republican Control of Congress

This very unlikely scenario would most likely be no more productive than the scenario above with Democrats still in control of the House. Republicans controlled both chambers of Congress and the presidency during the first two years of the Trump Administration. The House passed a bill to dramatically alter the ACA. That bill died in the Senate when three Republicans (Collins of Maine, Murkowski of Alaska, and the late McCain of Arizona) balked at supporting it. Later during the 115th Congress, a bipartisan majority in the House passed two bills to expand Health Savings Accounts, but the Senate didn’t act on the bill before Congress adjourned.

Since then, President Trump’s executive orders have been the only GOP activity in healthcare. No House bill has passed the Senate, save for legislation with strong bipartisan support. Examples include ending the ACA excise tax on high-cost plans (the Cadillac Tax), the ACA tax on medical devices, the ACA tax on health insurance plans, and changes in the tax code to allow reimbursement of over-the-counter drugs and medicine (including menstrual products) without a prescription.

If Democrats win control of both chambers of Congress and the presidency, expect to see a lot of division among the Medicare for All advocates, public-option supporters, and pragmatists who favor incremental change. Republicans in the Senate have shown such splits on ideological grounds in recent years and have been ineffective at legislating, even with a majority. But look for Democrats to close ranks and agree to accept what they can pass then to move closer to their goals.

If neither party is able to gain control of both Congress and the presidency, expect continued stalemate on larger issues more executive orders as a substitute for legislative action.

A lot of Americans aren’t beginning to enjoy the benefits of a Health Savings Account – realizing tax benefits and building a rainy-day balance for future medical expenses – according to a new study. Read more here.

A Forbes financial contributor touts the virtues of Health Savings Accounts as a retirement opportunity – a concept with which readers of this column are certainly familiar.

Do you read my weekly columns published on LinkedIn? Here’s a recent HSA Monday Mythbuster column outlining how your spouse’s benefits may compromise your eligibility to open and fund a Health Savings Account.