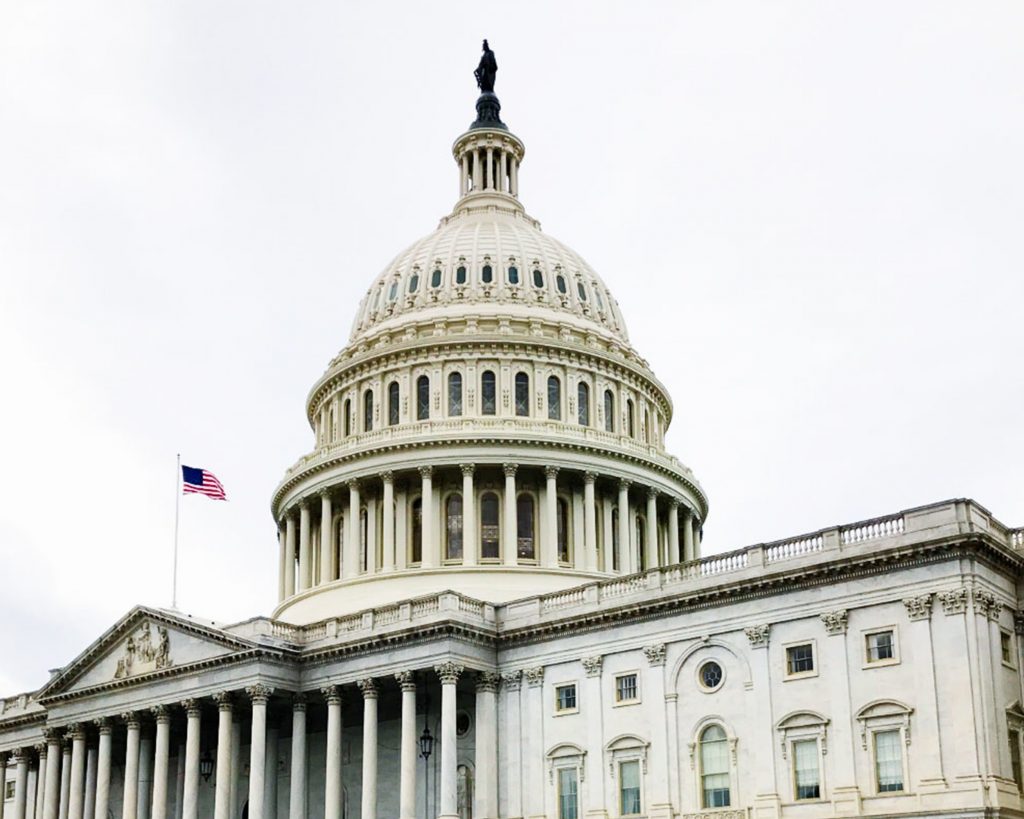 “My favorite lobbyist is fond of comparing legislation to a train. With any legislative effort, he wonders: Where is the train going? How powerful is the engine? How many cars can it pull? In other words, it’s often not the merits of a piece of legislation, but rather how to attach it to a relevant bill with a solid chance of passage, that allows an idea to become law.”

I spent most of the week of November 11 on Capitol Hill, meeting with lobbyists, legislative aides to members of Congress, congressional committee staff members, and others close to the legislative and regulatory processes.

Here’s what I learned:

The House voted 419-6 (HR 748, Middle Class Health Benefits Tax Repeal Act of 2019) to repeal the tax on high-cost health plans. The Senate has a companion bill, S. 684, that has 63 co-sponsors – more than enough votes to pass the bill and sustain a veto from the president (which wouldn’t happen). Yet there is no movement in the Senate.

The simple explanation is that there will be one healthcare bill to emerge from Congress later this year. That bill probably won’t address much more than is required by law, such as extending certain public-health programs that need legislative reauthorization. That bill could contain a provision to eliminate the Cadillac Tax, but most observers think it unlikely.

I had dinner with about a dozen and a half industry representatives and lobbyists. We were polled to set the odds that Congress would either delay or repeal the tax by March 31, 2020 (a time frame that allows for some sense of normal following impeachment activity). The consensus was overwhelming that we would see an additional delay (the tax has been delayed three times and is currently slated to apply beginning with 2022 renewals), but not a full repeal. Interestingly, the lobbyists broke with the rest of the group and expressed more optimism that the tax would finally be repealed.

The obstacle that the lobbyists cited isn’t the merits of repealing the bill, but rather the vehicle. My favorite lobbyist is fond of comparing legislation to a train. With any legislative effort, he wonders:

In other words, it’s often not the merits of a piece of legislation, but rather how to attach it to a relevant bill with a solid chance of passage, that allows an idea to become law.

Side note: In previous action delaying the Cadillac Tax, the levy was paired with the medical-device tax (a surcharge on the sale of medical devices like artificial joints and pacemakers) and the Health Insurance Tax (a $100 billion-plus sales tax on all insurance, including Medicare). The current activity encompasses the Cadillac Tax only.

In October, the House Ways and Means Committee marked up a bill that expands Health Savings Accounts. The mark-up process is when provisions of proposed legislation are debated and amended. Provisions approved by committee members become part of the bill that can be advanced to the full House of Representatives for debate and vote.

The October mark-up included a number of provisions favorable to Health Savings Accounts, Health FSAs and Health Reimbursement Arrangements, including:

Early in the 116th Congress, surprise medical billing appeared to be an issue around which elected officials of different political parties and philosophies could rally. Alas, differences in approaches (read more here) now make it obvious that nothing meaningful will pass Congress during this year’s session. Everyone agrees that patients should be taken out of the middle of billing issues when they visit an in-network hospital and receive care from a provider who’s contracted with the hospital but not the insurer.

But there is no agreement on whether the better approach is to allow differences in these providers’ charges and insurers’ offers of reimbursement to be settled by arbitration or a benchmark index (such as prevailing charges in the market or a factor of Medicare reimbursement for the service). You’ve probably heard ads on the radio (especially during the recent World Series) sponsored by emergency physicians that favor arbitration. Expect to hear more about both approaches through the airwaves as long as members of Congress can’t come to a consensus on how to address this issue forcefully.

Some states have addressed this issue already, and more are considering legislation today. They’re not waiting for Congress and the executive branch (under both former President Obama and now under President Trump) to unite behind a single approach. But even these efforts – including New York’s much celebrated baseball-style arbitration process – are delivering mixed results.

This is another area in which Republicans and Democrats are nearly universally united in their belief that drug prices are increasing at an unsustainable rate. You’ve seen ads and social-media posts about the overall increase in drug prices or the price increases of individual drugs without any changes to the formula for decades.

Here is but a sample of approaches that have been suggested:

In this environment, it’s not difficult to see that consensus will be elusive. Don’t count on seeing meaningful legislation on this topic any time soon.

President Trump continues to attempt to re-form medical-insurance markets in the absence of legislative consensus. In mid-November, the Department of Health and Human Services issued rules related to the president’s executive order on transparency. The rules require providers to deliver real-time price information to patients in a format that they can understand. Providers, insurers, and their allies have criticized the release and dissemination of pricing information on the grounds that the data are too complex, public disclosure would affect future negotiations, and consumers really care about only their out-of-pocket costs and will be confused by comprehensive price information. Read one example here.

The Republican Study Committee released the first details of its proposed reforms to medical insurance, The RSC Health Care Plan: A Framework for  Personalized Affordable Care. Read a summary here or download the full report here.

Among the goals of this program:

The RSC proposal is an effort to galvanize Republicans around an alternative to the Affordable Care Act (part of which they tried to repeal in 2017 and that many Democrat presidential hopefuls want to repeal and replace) that shifts decisions away from the federal government and toward purchasers of medical coverage and services.

A majority of GOP members of the House of Representatives are members of the Republican Study Committee. As the 2020 campaign progresses and RSC provides more details of its plan, we’ll be watching to see whether Republicans galvanize around this approach or are divided on the best path forward.

How is the electorate responding to healthcare issues approaching the 2020 election? Kaiser Family Foundation summarizes its research here.

Here’s a good article from The Wall Street Journal trumpeting the advantages of a Health Savings Account as a retirement vehicle.

Want a quick summary of what you need to know about Health Savings Accounts? See my recent blog in the AllWays Insider, a publication of Benefit Strategies’ insurer partner AllWays Health  Partners.