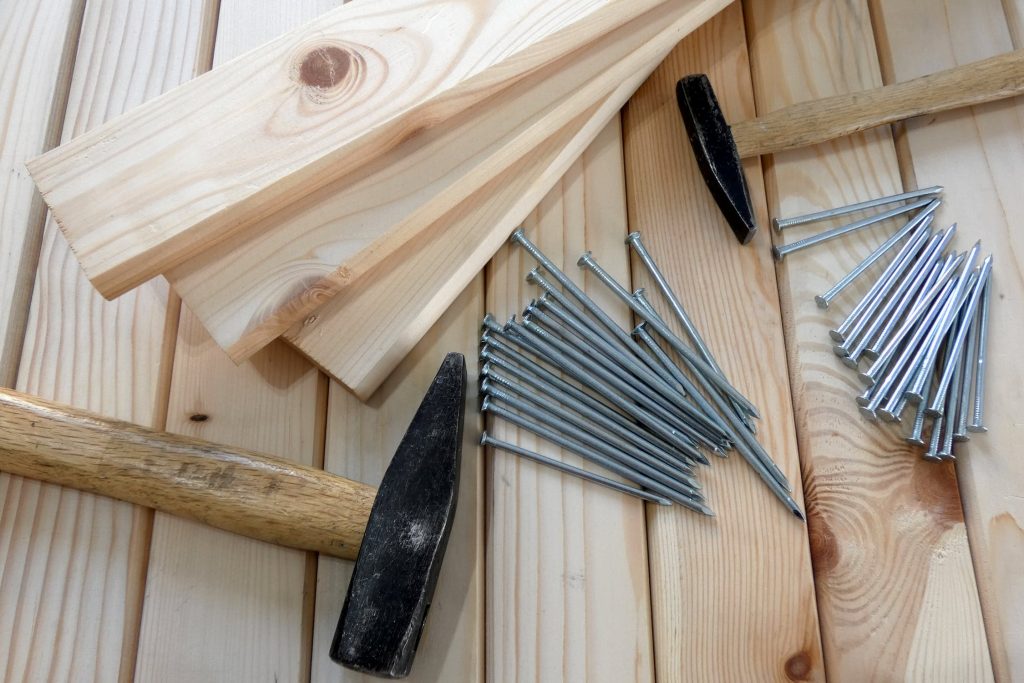 Since then, we’ve seen some additional clarification from the Internal Revenue Service (IRS Notice 2008-59) and legislation allowing coverage for service-related disabilities through the Dept. of Veterans Services without a temporary loss of HSA eligibility.

Other attempts at reform, including higher contribution limits and tax-free reimbursement of over-the-counter drugs and medicine, were included in legislation that failed in 2017.

At the beginning of each new year, members of the legislative and executive branches busy themselves submitting legislation and distributing agendas outlining their priorities for the upcoming year. Ideas that aren’t born during January typically don’t survive birth unless they’re in response to a true crisis.

So far this year, medical financing legislation has flown under the radar, in sharp contrast to Republican’s efforts early last year to make major structural changes to the Affordable Care Act once President Trump took office and joined GOP majorities in the House of Representatives and Senate to form a one-party chute to enact legislation. Nevertheless, some important and potentially impactful legislation awaits Congress.

Last year’s medical insurance reform package (misnamed the “ObamaCare Repeal” by many politicians, pundits and the news media) proposed increasing the contribution limits to the statutory out-of-pocket-maximum for an HSA-qualified plan ($7,350 and $14,700). That bill passed in the House last summer but failed to come to vote in the Senate after Republican leaders couldn’t secure 50 votes to pass the bill.

The provision wasn’t included in the tax reform bill that became law in December 2017. And it’s not the subject of any pending legislation at the moment, though it’s a strong candidate for inclusion into any comprehensive tax, spending or medical reform bill.

For some individuals and families, higher limits represent a financial lifeline. Look at the average financial responsibility that individuals who enroll in ACA marketplace plans in 2018 face, courtesy of Kaiser Family Foundation:

Patients who incur high costs for acute (cancer, cardiac incidents, surgery) or chronic (COPD, childhood asthma, unregulated diabetes) conditions reach these levels of financial responsibility, and fairly quickly. It’s difficult to fathom how a family earning in the range of the US median income of about $60,000 per household can possibly absorb this level of responsibility. What is clear, though, is that these families are better able to manage such costs when they can run their expenses through an HSA. An HSA becomes, in effect, a 25% to 30% discount coupon on all medical expenditures.

For a family that reaches the average silver-plan deductible of $8,292, an HSA reduces the impact of their financial responsibility to about $6,000. That can make a huge difference in their lives.

HSA owners can use future contributions to reimburse prior expenses (as long as they incur the expense after they become HSA-eligible and establish their HSAs). Families that negotiate an installment repayment plan with a provider can contribute the monthly payment to their HSA, pay the provider from the HSA and then deduct the contribution on their tax returns to realize the tax savings.

America’s fastest-growing business is the manufacture of 65-year-olds. We produce 10,000 per day! That’s 10,000 new Americans every day who are eligible to enroll in Medicare.

Not all Americans enroll in Medicare at age 65, the age at which they are eligible to enroll during their Initial Enrollment Period. Individuals who collect Social Security or Railroad Retirement benefits must enroll in Medicare Part A and Part B at age 65 (or later, if they begin to receive retirement benefits from either program after their 65th birthday). More than half of all Americans eligible for Social Security begin to collect benefits prior to age 65, so they’re enrolled automatically in Part A and Part B (which they can waive) at age 65.

Many others choose to enroll in at least in Part A (no premium for most enrollees) at that age, even if they continue to work and remain covered on the company medical plan. If they work for a large employer, Medicare provides some secondary coverage. If they work for a company with fewer than 20 employees, Medicare becomes their primary coverage. Their company’s insurer may require that they enroll in Medicare to remain covered on the company plan, which provides secondary benefits after Medicare pays most of a typical bill.

These rules never posed a problem until 2004, when HSAs were introduced. Individuals who want to become or remain eligible to contribute to an HSA must be enrolled in an HSA-qualified (lower premium, higher deductible) medical plan. Medicare doesn’t offer such a plan. So, workers who remain covered on the company HSA-qualified medical plan and must enroll in Medicare (or enroll inadvertently, unaware of the HSA compliance issue, or enroll to avoid future Part B and Part D penalties) are no longer able to contribute to their HSAs.

President Trump’s 2019 budget outline includes a proposal to create an HSA program for Medicare recipients. This concept is long overdue. What it would do is allow individuals who want to remain HSA-eligible to enroll in an HSA-qualified Medicare option.

First, the individuals themselves, as they can continue to reduce their taxable incomes and build medical equity, funds set aside in a tax-advantaged account to use to pay for future medical (and dental, vision and certain OTC expenses, as well as Medicare premiums). Some critics will point to a loss of tax revenue. Those critics should have to explain to senior citizens why it’s wrong to help them stretch their budgets in retirement by building additional medical equity.

Second, taxpayers win. The Medicare program is heavily subsidized by taxpayers. A Medicare HSA program increases patient out-of-pocket costs (shifting cost from taxpayers to patients who voluntarily enter into this arrangement) and keeps patients engaged in the cost of care.

Think about it: Many of these individuals have been covered by an HSA-qualified plan for a decade or more. They’ve learned to engage in conversations with their providers about alternative treatments and costs. They’re trained consumers.

When they enroll in a Medicare program without a consumer element, we as taxpayers lose their collective wisdom in choosing care. They and their providers are cashing a blank check written by taxpayers. If they remain covered on an HSA-qualified plan, however, they continue to apply their accumulated knowledge to make better and more cost-effective treatment decisions.

We’ll be watching this concept closely as the House of Representatives begins to draft the 2019 budget.

We’ve been intrigued by the concept of Value-Based Insurance Design for some time. In simple terms, VBID (sometimes spelled with a hyphen between the V and the B) reduces or removes financial barriers for patients to receive routine care to help manage a chronic condition. For example, a VBID program for diabetics might eliminate cost-sharing for insulin and supplies, as well as routine podiatric and vision care.

The theory behind VBID is attractive to insurers. While it’s impossible for a patient to put a price on avoiding a foot amputation due to poor circulation as a result of diabetes, insurers’ actuaries can place a value on saving a foot.

VBID plans are incompatible with HSA programs. HSA-qualified plans must cover all non-preventive services subject to deductible. The types of services on which VBID plans reduce or eliminate cost-sharing, while important to controlling a chronic condition, don’t meet the federal standard for preventive care.

The Chronic Disease Management Act of 2018, a bipartisan bill introduced in the House and Senate last week, solves this issue. US Rep. Diane Black (R-TN), the principal sponsor, introduced a similar one-page piece of legislation in 2016. It didn’t gain traction.

Two years ago, Republicans were focused on repealing the ACA. That position served the party’s political interests. The GOP could focus on that goal to build pre-election support, knowing that then-President Obama would veto the repeal of his signature legislative achievement and thus prevent the chaos that would ensue.

Today, the political situation is different. Practical Republicans have given up on the notion that they can gain 60 votes in the Senate (where they have only 51 seats) to repeal the ACA, even if the House passes a bill to do so. Instead, congressional GOP leaders and the administration are focused on chipping away at the more onerous aspects of the ACA where they can.

The Chronic Disease Management Act of 2018 is an example of such legislation. It doesn’t repeal the ACA or upend medical finance markets. Instead, it provides an additional option for insurers to offer to employers.

If the bill passes, employers, particularly small employers who know their employees and families well and have personal connections with those who have been reluctant to move to an HSA program as a total replacement will be more inclined to do so. No longer do they have to worry that offering only lower-premium, higher-deductible medical coverage will create an undue financial hardship on an employee or family member with a chronic condition like diabetes, COPD, congestive heart failure or childhood asthma.

Instead, these employees can enroll in a lower-premium HSA-qualified plan that covers services related to the chronic condition outside the deductible at low or no cost. Furthermore, these employees and their families will have true access to the financial advantages of an HSA for the first time.

This legislation represents a win-win-win for employers, employees and patients.

During the past four or five months, we’ve seen the Trump administration make a number of changes to federal medical finance policy through administrative action, the very tool that then-President Obama used to forge (and, critics would argue, amend)  much of the ACA. President Trump shortened the ACA open-enrollment period, reduced marketing expenditures, and tightened rules on applicants’ ability to enroll in coverage outside the open-enrollment period.

The administration obeyed a federal court order to stop paying unauthorized subsidies to insurers to offset out-of-pockets incurred by low-income families (the Cost-Sharing Reduction subsidies were subsequently appropriated by Congress). It has signaled that it will entertain proposals by states to tie a work (or seeking-work) requirement to able-bodied adults who want to remain enrolled in Medicaid. So far, two states have had their programs approved, and one of those added a smoking-cessation incentive as well.

And in perhaps the least visible effort to date, the administration is sifting through dozens of “innovation” proposals submitted late last Fall designed to improve patient care, control costs and otherwise offer new approaches to delivering care. The ACA gives the executive branch the power to evaluate these types of proposals and implement many without congressional approval. The Trump administration is using this power to effect changes they can’t achieve through the legislative process.

The bottom line: Despite the failure to repeal the ACA or make substantial changes to medical finance, Republicans on both sides of Pennsylvania Avenue are working vigorously to reshape the medical finance landscape. Don’t expect Republicans to take their feet off the gas pedal this year, with a looming mid-term election that could change the party in power in both the Senate and House.

Speaking of the mid-term elections, how important are medical issues to voters? It depends on which voters. The Kaiser Family Foundation provides some concrete survey results.

The Washington Post has drafted the blueprint for a market that sells a product that’s considered a necessity but whose price bears little relation to output and value. Is it health care or another economic good? Or both? Read more here.

What are the benefits and risks to employers who offer a stand-alone (direct-purchased and not integrated with a medical plan) telemedicine program? Learn more here.