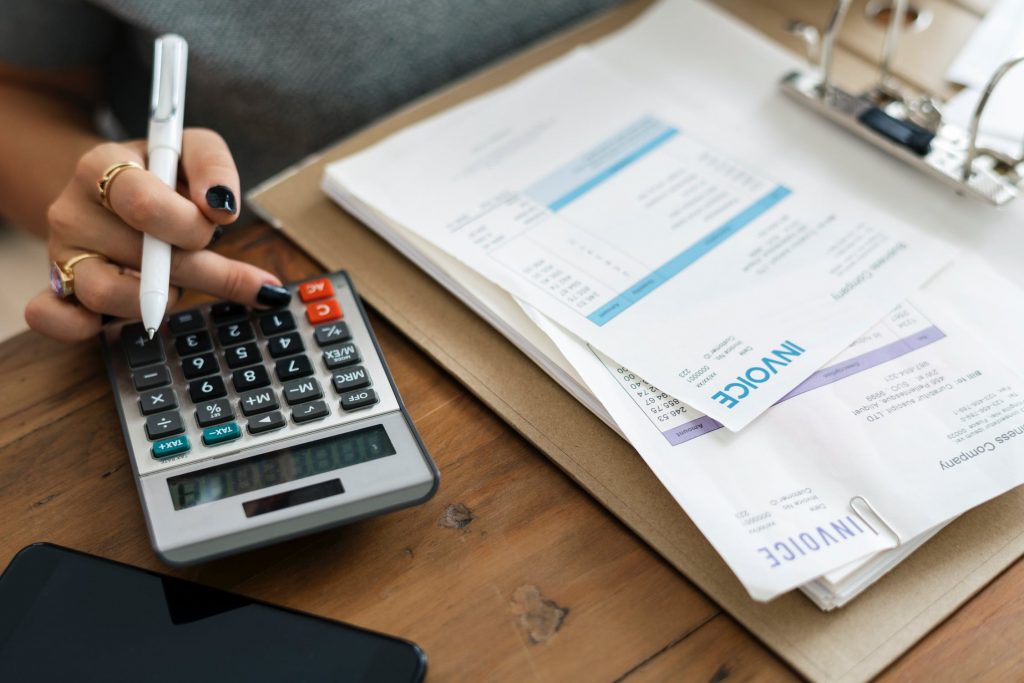 “HSAs help owners across the income spectrum pay their bills.  . . . For even the poorest Americans, receiving a discount of 25% or so on a medical bill is better than receiving no discount. It’s no panacea, but it eases the financial strain.”

When Health Savings Accounts were introduced in 2004, critics argued that they benefited primarily “the healthy, the wealthy, and the wise.” In other words, people with low medical expenses, enough discretionary income to make contributions to cover their out-of-pocket costs, and the knowledge to understand how to make HSAs work for them benefited from HSA. In contrast, people with high medical expenses, lower incomes, and a dearth of financial knowledge were harmed.

Fifteen years later, is that view accurate? The answer probably depends on whom you ask.

Much of the criticism leveled at HSAs is not directed at HSA themselves, but rather at the underlying medical plans. It’s not unusual for families to face a deductible of $4,000 to $6,000 (and, in unusual cases, up to $10,000) for diagnostic and preventive services before the insurer begins to reimburse providers for services.

This situation is a valid concern, but not a true criticism of HSAs. Why? The statutory minimum annual deductible for an HSA-qualified family plan is $2,700 in 2018. That’s not a small sum, but it’s lower than the average deductible among employees whose employers offer only deductible plans. And it’s much lower than the average premium of Silver plans (which form the basis for premium subsidies in ACA marketplaces). Thus, HSA-qualified plans fall within the mainstream among deductible plans.

Do participants in an HSA program delay necessary care? The data are inconclusive. We know that people enrolled in deductible plans do have lower utilization. But are they avoiding necessary or unnecessary care? Again, we don’t know. Some studies show that patients with chronic conditions are more likely to receive regular care to control their conditions (think diabetics and their purchasing insulin) rather than wait for an acute episode that will cost more.

It’s interesting that high-deductible plan enrollees consume less preventive care, even though many services are covered with patient out-of-pocket cost. Some researchers speculate that employees don’t understand that preventive care is covered in full at the point of service. And there’s some anecdotal evidence that enrollees don’t seek preventive care such as cancer screenings because they fear a diagnosis and the resulting financial hardship. But that’s speculation and anecdotal.

How Employers Can Help

Employers have a lot of tools that they can use to help employees manage their out-of-pocket costs and receive necessary care promptly. It’s important that employers use the right tools. Doing so not only helps employees manage their costs, but it increases the value that they perceive of their benefits. If they face a $4,000 family deductible with no employer contribution, for example, they devalue their benefits because of the financial barrier to reimbursed care.

Here are some approaches that employers can take to enhance their HSA programs:

First, employers can make a substantial employer contribution, particularly in the first year of the program when premium savings are tangible. The more employees can build a quick balance in their accounts, the better they sleep at night, the more they value their benefits, and the better prepared they are when they need care early in the season.

Third, employers can offer a matching contribution program if they contribute through a Cafeteria Plan. This is one of the most underutilized tools in an HSA program. Rather than offer a $1,000 contribution, the employer offers to match an employee’s first $1,000 of contributions dollar-for-dollar. This strategy, combined with employee education to stress the importance of claiming matching dollars (in both an HSA and employer-sponsored retirement plan), helps employees build their balances to pay their out-of-pocket expenses.

Fourth, employers can set up employee negative elections through a Cafeteria Plan – another underutilized tool. Let’s say employees pay $40 less in payroll deductions per pay period with their new coverage. An employer can set up $40 payroll deposits each pay period, just as employers often set up negative elections to an employee’s retirement plan. Employees must have the option to opt out of these negative elections – after all, it’s their money – but, with the experience of retirement plans as a guide, few actually opt out, especially since their net pay doesn’t change.

Fifth, employers can offer a payroll-loan program. One of my first HSA clients was a young, innovative chief financial officer of a small retail chain. The company contributed $2,000 toward the $3,000 deductible. Here was the deal that he made with employees: If you contribute another $1,000 to cover your deductible, I’ll extend a payroll loan to you to mitigate our cash-flow issue. Essentially, they could take out a loan with the company and repay it in equal installments during the remainder of the year, as their HSA balances grew.

Sixth, some innovative companies are offering a program that automatically pays employees’ deductible and coinsurance. These companies receive claims directly from insurers. They pay employees’ bills (at discounts that they negotiate with providers), then set up repayment schedules with employees.

Seventh, employers are educating employees about being better consumers. Reducing costs is just as important as increasing contributions, and there are no limits on how much employees can be saved (unlike limits on contributions). In September, I was advised in the emergency department of my local hospital that I needed an MRI of the lower back.

I, like many of my readers, know that site of service matters. I declined the MRI and went home to do some research on my insurer’s web site. I found that the hospital’s contracted rate with my insurer was about $1,300. At a free-standing MRI one mile down the street, the same MRI cost about $650. I went to the free-standing facility. That move saved me money and helps my employer’s renewal premium.

Eighth, some employers are buying stand-alone pricing tools that employees can access on their mobile devices as they’re talking to a doctor or other medical professional. That way, they can discuss options with their provider at the point of referral or authorization. And these tools often open doctors’ eyes to cost variations. Perhaps those doctors will change their referral patterns as more patients express concern about costs that they must bear.

Ninth, employers can reduce deductibles to a more manageable figure like the statutory minimum of $1,350 for self-only and $2,700 for family coverage. But medical coverage is part of an employer’s compensation program. Reducing the deductible increases the premium. Someone – employer or employee, or a combination – must pay more to cover the higher premium.

If the employer absorbs the increase, it typically does so by rearranging funds in the employee compensation budget. That means lower (or no) raises, reduced training opportunities, lower employer contributions to the retirement plan, or another budget shuffling. Employers rarely assume this added burden without taking funds from somewhere else. After all, they probably wouldn’t have moved to a higher deductible plan with a lower premium if paying a higher premium weren’t an issue.

But What about the Sick and Poor?

The tools above can help alleviate some of the sting of a lower-premium, higher-deductible plan. But they may not be sufficient to help a family that has $6,000 or more in out-of-pocket expenses. Sure, a front-loaded employer contribution helps. And yes, a loan helps. In the end, though, many employees struggle to ultimately pay high out-of-pocket costs.

That’s one of the criticisms that Sen. Martin Heinrich (D-NM), ranking member of the Joint Economic Committee of the US Congress, leveled against HSAs in March 2017. In a policy report, Sen. Heinrich used tables and graphs to show that poor families don’t have the discretionary income to contribute up to the statutory maximum to an HSA. Therefore, HSAs weren’t of much value to them.

I felt compelled to write to the senator. I explained that my sister-in-law, one of his constituents, had passed away two months earlier after a long battle with cancer. I didn’t discuss coverage with her husband, but I suspect that they were covered on a plan with a high deductible and no HSA. That’s pretty common today, particularly in New Mexico.

I don’t know how families like hers find the funds to pay their medical bills. After all, two in five Americans don’t know how they’d come up with $400 to pay an unexpected expense (read more on Page 2). But I do know that people covered by HSA-qualified plans can pay a $6,000 medical bill with $6,000 of income, whereas a family with the same deductible and no HSA has to earn about $7,500 to pay that same medical bill and taxes on that income. That’s a $1,500 difference. Albuquerque households average $4,000 in monthly income and pay an average mortgage of $931 per month. In that context, $1,500 savings is a lot of money (as is the $6,000 bill).

For even the poorest Americans, receiving a discount of 25% or so on a medical bill is better than receiving no discount. It’s no panacea, but it eases the financial strain. Lower-premium, higher-deductible plans make paying for care difficult. But so do plans with lower deductibles and higher employee cost-sharing. HSAs help owners across the income spectrum pay their bills.

That sounds like a program worth expanding, not criticizing.

Not all proposals for more government involvement in the design, delivery, and financing of medical care are equal. Different candidates advocate somewhat different approaches. Here are quick thumbnail sketches of the most popular current ideas.

What does it mean to establish your HSA, and why is the concept important? Read my recent LinkedIn article in my weekly HSA Wednesday Wisdom series here.

Did you receive a DNA kit as a Christmas gift? My wife did. If you haven’t already sent in your results, you may want to read this article first.