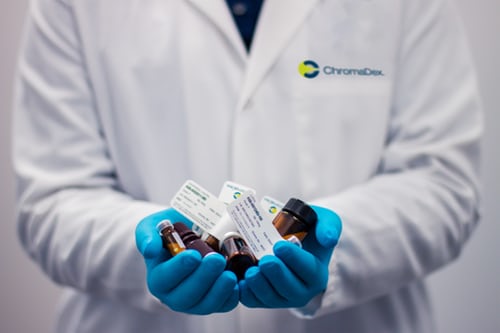 “Employers with a particular high-cost claims category among its employee population – perhaps behavioral health, substance abuse, lower-back ailments or repetitive-motion injuries – could work with their insurer to remove cost barriers for treatment without disqualifying employees from making or receiving Health Savings Account contributions.”

Are HSA-qualified plans a good option for people with chronic conditions? If not, can they be made better?

They are questions that have been asked since Health Savings Accounts were launched beginning in 2004. A key feature of the program is that all non-preventive care is subject to a deductible, thereby exposing members to more up-front cost than under a more traditional plan, even other plans with deductibles.

For example, a drug that stabilizes a chronic condition may be covered in full after a $50 deductible or 20% coinsurance on a non-HSA-qualified plan, but that same medication  is subject to the deductible on HSA-qualified coverage. If the drug costs $450 per month, the difference in member out-of-pocket cost is a $50 copay or $90 coinsurance on the traditional coverage, versus $450 on the HSA-qualified plan. Multiply those figures by 12 and the annual cost difference is substantial.

These design restriction place HSA-qualified plans at a disadvantage when employees have a choice. And they increase the financial barriers to making and receiving contributions to a Health Savings Account for the very people with the highest medical costs who would benefit most from owning and funding an account.

HSA-qualified plans are especially attractive to people who don’t require ongoing care for a chronic condition. A typical 30-year-old who trains for triathlons is less likely to need care subject to the deductible than an older, more sedentary person with diabetes, COPD, or a history of cancer. Employees with a chronic condition are far less likely to choose an HSA-qualified plan when their employer offers a choice.

Employers recognize this situation and often offer a second option, even if their goal is to move their employees to an HSA-qualified plan. But when they offer that second plan to accommodate a handful of employees with a chronic condition, they can’t  prevent other employees from choosing the other plan, typically with a higher premium, as well. Thus, employers find it difficult to manage their annual cost of providing medical coverage, particularly if they subsidize a percentage of the premium of each plan (as opposed to offering a fixed dollar amount regardless of which plan an employee chooses).

Employers, particularly smaller companies with limited resources to administer medical plans, would be better off if they could consolidate into one plan. But the treatment of chronic conditions under HSA-qualified coverage makes that goal difficult to achieve.

There are three distinct ways to address this challenge.

By far the least complicated solution is to redefine preventive care. Under current regulations, the scope of select preventive care that can be covered in full is rather narrow. But the Department of Health and Human Services, part of the executive branch headed by the president, can alter that definition without congressional action.

In mid-2019, in response to a Trump Administration executive order, the Internal Revenue Service issued guidance issued defining certain medical services and drugs used to treat specific conditions as preventive care. This directive allows insurers to cover these services below the deductible.

This action was an important first step toward  making HSA-qualified plans more attractive to patients with chronic conditions. But it has several shortfalls.

Third, it’s static. As research and technology advance and other treatments become standard, they won’t be included on this list without further administrative action.

Fourth, because these regulations are issued by the president without passage by Congress, a future president can amend or rescind the regulations unilaterally. Thus, insurers may be reluctant to design plans, and employers to purchase coverage, knowing that the rules may change in 2021 or sometime in the future with a change of presidents.

These regulations should be acknowledged for what they are: An attempt by a president to increase insurers’ flexibility in designing coverage without going through the contentious process of working with a fractured Congress to address the issue with legislation that a future president can’t alter without the approval of both chambers of Congress.

Sens. John Thune (R-SD) and Thomas Carper (D-DE) have worked in recent years to build a bipartisan effort to pass legislation to allow HSA-qualified plans to cover more chronic care outside the deductible. This approach would mirror Value-Based Insurance Design (V-BID) plans that insurers can design and sell to remove financial barriers to chronic care on non-HSA-qualified plans. This approach acknowledges that patient adherence to a treatment plan to manage a chronic condition is usually a more cost-effective way of dealing with these conditions than non-adherence and acute flare-ups that require inpatient care or other expensive treatment.

Last year, the two senators introduced the Chronic Disease Management Act of 2019. A companion bill was introduced in the House of Representatives by Reps. Earl Blumenauer (D-OR) and Tom Reed (R-NY).

This bill’s text notes that “a small number of chronic diseases account for the majority of heath care spending in the United States,” thus framing the legislation as not only good for patients with chronic conditions, but also a potential systemwide cost-saver as well. Under this act, a panel of experts would identify a list of 20 chronic conditions that are prevalent and that can be managed effectively with ongoing care. Once the diseases are identified, the bill would give the Secretary of the Treasury (whose department is responsible for the tax code) the authority to define select preventive care for these conditions that can be covered below the deductible.

In January 2020, Thune and Carper reintroduced their bill with four additional co-sponsors, two Republicans and two Democrats. Interestingly, among the four additional co-sponsors, three are newly elected (the other is in her first term as an appointed senator). The new bill is shorter than the proposed 2019. It simply says that the definition of preventive care that can be covered below the deductible on an HSA-qualified plan shall include any services that are low cost, are evidence-based treatments for chronic conditions, and that are likely to prevent the exacerbation of chronic conditions or the development of secondary conditions that require substantially higher-cost treatment.

The 2020 bill targets the same issue as the 2019 proposed legislation, but with vaguer  language (no mention of a number of chronic conditions or the panel of experts, though the inclusion of “evidence-based” language implies that the treatments must pass rigorous scrutiny in the field).

If this bill were to become law, insurers could design and employers buy plans that offer first-dollar coverage for chronic conditions. The result: More employees would find these plans attractive and more employers could reduce their overall premium costs by consolidating plans. And many  more Americans would be able to open and make or receive contributions to Health Savings Accounts, thus reducing the net cost of their care and saving for future medical treatment.

The gold standard is to provide a second set of requirements for a plan to meet to satisfy the definition of HSA-qualified coverage. This approach would allow insurers to designate any plan as HSA-qualified if it meets a certain actuarial value.

Actuarial value is the measuring stick for plans offered in state and federal marketplaces under the Affordable Care Act. In simple terms, actuarial value refers to the percentage of total claims that an insurer pays (the balance is paid by the patient directly to the provider). For example, a plan in which the average patient pays 40% of total costs and the insurer 60% has an actuarial value of 60. In ACA marketplaces, this is the definition of a Bronze plan. Under plans with lower deductibles and low or no coinsurance, the insurer pays a higher percentage of total costs, and those plans have higher actuarial values.

Under this approach, Congress would set a certain Actuarial Value figure – say, 70% (the value of a Silver plan in ACA marketplaces). Any plan below at or below that actuarial value – in other words, any plan on which the average patient paid at least 30% of the out-of-pocket cost – would satisfy this alternative definition of an HSA-qualified plan.

This approach would do so much more than merely allow insurers to design V-BID HSA-qualified plans. Among the benefits:

Incidentally, you’ll probably read more about this topic in the popular press later this year. Some industry groups are actively working on this issue. Just remember where you first learned about this approach!

The Employee Benefit Research Institute conducts some of the best studies of Health Savings Account activity. Read a summary of its latest findings here to learn about trends in contributions, distributions, account balances, and investments.

The Kaiser Family Foundation summarizes where Democrats running for the party’s presidential nomination stand on healthcare issues. Although the list of candidates has subsequently been pruned from the seven in this report, the slideshow provides you with a quick summary of the remaining candidates’ policy positions.