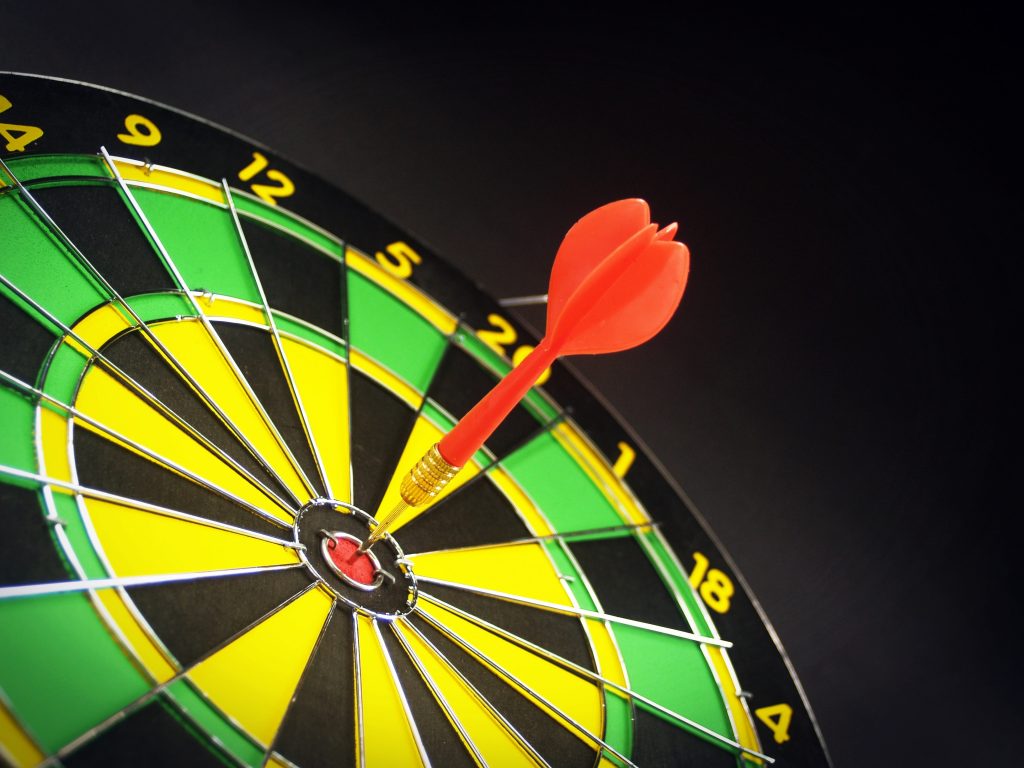 “It’s important to see an HSA for what it is, a financial account with tax benefits, and not what it isn’t, medical coverage with high financial barriers to care. Once we establish these principles, we can have a debate about the merit of HSAs. On the other hand, who’s going to take the position that ordinary Americans shouldn’t have access to tax advantages to help them reduce the net impact of their out-of-pocket medical expenses?”

“HSAs are for the rich.”

“Lower-income workers don’t have money to contribute to HSAs.”

“Most people can’t save over time in an HSA.”

I hear these criticisms of Health Savings Accounts frequently. It’s difficult to have a meaningful discussion of the role that HSAs play in patients’ managing their out-of-pocket medical costs when the other party has a factually incorrect understanding of HSAs. And it’s especially discouraging when I visit “HSA-friendly” (read: mostly Republican) offices on Capitol Hill and occasionally hear a legislative assistant to a senator or representative repeat one of these statements.

Let’s set the record straight. Then, and only then, can we begin to work together to see how HSAs fit into the financing of medical care.

HSAs Are Not Health Plans

Many HSA critics point out that HSA deductibles are so high that they serve as a barrier to necessary care for all but the wealthy. What these critics don’t understand is that HSAs are not medical coverage. Rather, they are personally owned financial accounts that certain individuals are eligible to establish and fund with pre-tax or tax-deductible contributions. Owners can then use balances within the financial account to reimburse qualified expenses tax-free.

What these critics mean to say is that high-deductible health plans have high deductibles that a growing number of Americans are having difficult managing. And indeed, particularly since the implementation of the Affordable Care Act in 2014, out-of-pocket expenses have skyrocketed. The average individual deductible for an employee of a small-group (50 or fewer employees eligible for benefits) is more than $2,000. In the nongroup market, the average Silver plan (the most popular metallic tier, and a plan that on average pays 70% of a patients total claims in a given year) has a deductible of more than $4,000 for individual coverage and more than $8,200 for family coverage. Many of these plans continue cost-sharing after the deductible with coinsurance that leaves the patient responsible for a percentage of additional charges up to a high out-of-pocket maximum.

Thus, it’s not wrong to note that high-deductible plans impose barriers to care for many patients. But it’s unfair to single out HSA-qualified plans, which can have deductibles as low as $1,350 for self-only and $2,700 for family coverage. And again, an HSA isn’t a medical plan. It’s a financial account that serves as a partial antidote to the high cost of care, since it helps patients manage those growing out-of-pocket costs their employers or they choose.

HSAs Are a Mainstream Product

A decade ago, HSAs were disproportionately owned by “the healthy, the wealthy, and the wise”, people who were:

The HSA industry doesn’t lend itself to methods of aggregating clean, consistent information. The market is fragmented, with no trustee’s or administrator’s owning a large percentage of the market and many competitors’ owning a slice of the total business. What we can discern by examining the data from a handful of the largest providers is this:

That the average incomes for the two accounts are identical should come as no surprise. Increasingly, the distinguishing characteristics between Health FSA and HSA owners aren’t related to family income, gender, geographic location, age, or state of health). Instead, the key determinants of the program in which they participate is (1) which plan their employer offers, (2) the level of education that they receive prior to open enrollment when they have the option to enroll in either, and (3) whether they purchase coverage through an employer (who can offer both plans) or in the nongroup market (in which they have access to only HSAs).

Thus, HSAs are no more “for the rich” than are Health FSAs. Both options present participants with an opportunity to reduce their taxable income through contributions and reimburse qualified expenses tax-free. They are nearly interchangeable. HSAs add a long-term savings component that some participants can enjoy (and most HSA owners experience over time, as average balances increase with each year of ownership), but in terms of immediate, tax-free reimbursement of qualified expenses, they attract a nearly identical audience.

This argument is frustrating. If the concern is that many Americans don’t have adequate financial resources to address a sudden financial need, a leaky roof, a broken HVAC system, a malfunctioning auto transmission, an inpatient visit, or bail, then the point is well taken.

As I’ve said on many occasions (including a letter to Sen. Mark Heinrich, a New Mexico Democrat, after he voiced similar criticism of HSAs in March 2017), I don’t know how a family of modest means finds $3,000 to pay an unexpected bill. It’s no more relevant to level this criticism on an HSA than it is to criticize the same person’s empty checking account. The financial account simply isn’t the problem.

Critics who want to identify a problem should focus on the roughly 80% of people covered by high-deductible plans that, due to design issues, aren’t HSA-qualified coverage. These high-deductible health plan enrollees face the same $3,000 deductible responsibility without any tax savings to reduce their net payments.

No, the lack of funds to pay unexpected medical expenses isn’t a flaw in HSAs; they’re a reality in today’s coverage markets, and HSAs are a partial antidote to these high expenses, an antidote that non-HSA-qualified individuals can’t access.

This criticism is largely true. But it’s irrelevant. Let me explain.

The median HSA balance today is about $2,000. That figure is a snapshot in time. The snapshot figure increases year-over-year as people contribute to HSAs over longer periods of time. Still, for many HSA owners, building balances over time proves to be an elusive goal.

So, why is this criticism irrelevant? An HSA has two financial advantages. Building medical equity, the tax-free accumulation of assets to pay future qualified expenses tax-free, creates a powerful opportunity that some HSA owners can enjoy.

The other advantage is immediate tax savings when making distributions for qualified expenses. In this sense, an HSA is very similar to a Health FSA. For a taxpayer paying her 7.65% FICA taxes and her 12% marginal federal income tax rate, her savings are 19.65% on every dollar contributed to or distributed from the account. In effect, her HSA debit card becomes a 20% discount card that she uses whenever she purchases a qualified medical, dental, vision, or over-the-counter item.

What about the fact that her balance at the end of the year is often zero, indicating that she spent every dollar that she contributed and has no surplus to carry over into the next year to apply to future qualified expenses? Isn’t that a weakness of these accounts?

Not really. Let’s consider the case of her co-worker who enrolls in a Health FSA. No one – and I mean no one – criticizes Health FSAs because most participants have zero balances at the end of the year. The purpose of a Health FSA is to reimburse current expenses tax-free, so a snapshot at the end of the plan year should show a balance near zero. That figure doesn’t reflect how much the participant contributed during the year. It merely shows that he has spent every dollar that he elected into the account.

So, the Health FSA owner elects $2,000 into his Health FSA. The HSA participant receives a $1,000 employer contribution and contributes an additional $1,000 through pre-tax payroll deductions during the year. Both incur $2,000 of qualified expenses during the year and reimburse them from their respective reimbursement accounts.

Health FSA supporters applaud the FSA activity. After all, the goal is to spend all balances before the end of the plan year. This astute participant saved nearly $400 by paying his expenses through his Health FSA.

HSA critics denounce HSAs. After all, the HSA owner has no balance to carry over at the end of the year. But she incurred the same $2,000 of qualified expenses and saved nearly $400 by paying her expenses through her HSA.

So, why again is the Health FSA a good program and the HSA a benefit only to the rich?

Perhaps the image problem that HSAs experience is that they’re just too flexible. They are both an immediate reimbursement account and a long-term savings opportunity. When critics focus on one aspect of the account, the inability of people with lower incomes to generate long-term savings, and ignore the other aspect, tax advantages equal or superior to a Health FSA for immediate expenses, it’s easy to find fault with HSAs.

On the other hand, to individuals who have access to an HSA, the account represents a financial godsend.

Their HSA doesn’t create high out-of-pocket expenses. Rather, it helps them combat those expenses.

Their HSA isn’t imprisoning them to a life with a serious illness hanging over their heads because of financial barriers to necessary, high-value care. Their high-deductible plan does that. Rather, their HSA puts them ahead of most Americans who have the dual disadvantage of a high deductible and no tax-advantaged account to reduce their net out-of-pocket responsibility.

Their HSA isn’t a failed promise because they don’t or can’t accumulate large balances over time. Rather, it provides immediate tax advantages that help them manage their deductible expenses.

It’s important to see an HSA for what it is, a financial account with tax benefits, and not what it isn’t, medical coverage with high financial barriers to care. Once we establish these principles, we can have a debate about the merits of HSAs.

On the other hand, who’s going to take the position that ordinary Americans shouldn’t have access to tax advantages to help them reduce the net impact of their out-of-pocket medical expenses?