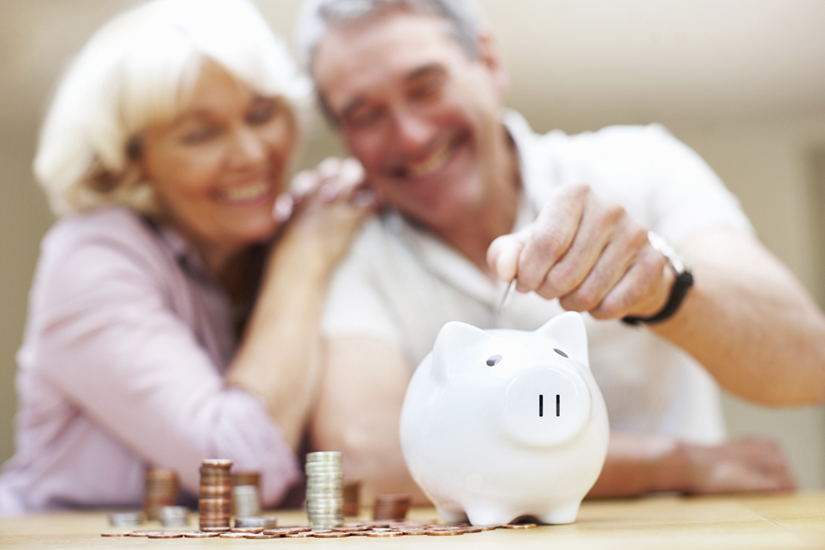 “[I]f used properly, an HSA is a more efficient means of building medical equity. . . Taxes reduce the amount of your contribution or the spending power of your distribution. Alone among these accounts, HSA contributions, balances, and distributions experience no tax friction as long as withdrawals reimburse qualified expenses.”

What is medical equity? You may never have heard the term. But if you understand the benefits of Health Savings Accounts, you’ll grasp the concept immediately.  In simple terms, medical equity refers to assets that you build during your working years to reimburse qualified medical and other health-related expenses during your retirement years.

It’s the subject of Chapter 4 of my upcoming book HSAs: The Tax-Perfect Retirement Account, which will be available later this spring. Your goal should be to maximize medical equity during your working years so that your savings are sufficient to reimburse your Medicare premiums and qualified out-of-pocket medical, dental, vision, and over-the-counter expenses in retirement.

At this point, you should be asking yourself two questions:

1. How much will I need to reimburse my out-of-pocket expenses in retirement?

2. What’s the best way to save for these expenses?

Normally, I’d keep you in suspense and tell you to purchase the book. Instead, I’ll share much of the insight in Chapter 4.

How Much Will You Need?

A number of organizations project how much you’ll spend on medical premiums and qualified expenses in retirement. The most famous comes from Fidelity®, the Boston-based mutual-fund company. It publishes an estimate every spring. In May 2018, it estimated that a couple retiring that year at age 65 would incur, on average, $280,000 in qualified expenses during their remaining lifetimes.

But forget those figures. They tend to create a sense of defeat borne of hopelessness that paralyzes people from taking action that will make a meaningful difference in their lives. You can’t control the future course of medical inflation. You can affect your total retirement medical costs by adopting healthy habits that limit the amount of care that you need and thus your total out-of-pocket expenses. (Alternatively, you can adopt or maintain poor health habits and reduce your retirement medical expenses through an early death, though I don’t recommend this approach due to the unpleasant side effects.

Let’s instead focus on the factors that we can control, like how much we save for these expenses, the returns we earn on our savings, and the tax policies that govern the account or accounts in which we keep these funds.

When educated people think of saving for retirement, they typically focus on Individual Retirement Arrangements (IRAs) and workplace retirement savings accounts. Although these workplace accounts may go by different names, depending on which section of the federal tax code governs them, I’ll use a 401(k) plan as a general reference to these accounts.

Both IRAs and 401(k) plans come in two forms: traditional and Roth. Let’s review the differences:

Traditional: Contributions to 401(k) plans are pre-tax, and most contributions to IRAs (except for certain higher income earners) are tax-deductible. But you pay (or paid) federal payroll taxes (for Social Security and Medicare Part A premiums) on the money as you earned it. The FICA tax is 7.65% on income below $132,900, and 1.45% on income above that figure. If you earn $80,000 and contribute $5,000 to a traditional 401(k) plan or IRA, your net contribution is $4,617.50 after payroll taxes.

Your balances grow tax-free. When you retire, all distributions from your traditional 401(k) plan or IRA are included in your taxable income. If your combined federal and state income tax rate is 20% when you retire, you need to withdraw $7,500 to pay $6,000 of medical (or any other living) expenses and pay $1,500 in taxes on the distribution.

Traditional 401(k) plans and IRAs are tax-deferred because you pay no income tax when you make contributions and as your account grows. But when you withdraw funds for any purpose, your distributions are taxed as ordinary income.

Roth: Congress created Roth IRAs in 1997 and named them for their chief advocate, US Sen. William Roth (R-DE). In 2006, Congress allowed employers to amend their 401(k) plans to offer a Roth option.

Roth plans have different tax benefits. You fund these accounts with after-tax dollars. So, if you contribute $5,000 and your tax bill for federal and state income taxes and your federal payroll taxes is 30%, a $5,000 contribution nets you $3,500 into the account and $1,500 in taxes. Looked at alternatively, you must forego more than $7,100 in current consumption to contribute to a Roth account and pay the $2,143 in taxes on that $5,000 of income).

Like traditional 401(k) plans and IRAs, balances grow tax-free. But the tax treatment of distributions is different. Withdrawals are tax-free for any purpose. In other words, the same reduction in current consumption reduces your total contributions (since you must pay taxes on deposits), but your lower balance lasts longer than a similar balance in a traditional 401(k) or IRA because you withdraw money tax-free from a Roth 401(k) plan or IRA.

What about an HSA?

HSA: When you contribute to an HSA, you avoid federal income taxes and state income taxes (except in Alabama, California, and New Jersey – the three states that don’t allow a deduction for HSA contribution). In addition, if you contribute through your employer’s Cafeteria Plan, you also don’t pay any federal payroll taxes. Thus, unless you’re taxed by one of the three aforementioned states, when you sacrifice $5,000 of current consumption to save for retirement, every dime of your $5,000 goes into your HSA.

As with the other accounts, your balances grow tax-free. And all distributions are tax-free as long as you use the money to reimburse current or past qualified medical, dental, vision, and over-the-counter expenses, as well as  Medicare premiums.

If you want to see illustrations of how these three different accounts perform in a tax environment, you’ll have to buy the book.

I made a couple of important implicit assumptions. If these assumptions don’t hold, the outcome may be different.

First, I assume identical returns on investments year after year in all accounts. In the real world, investment options among traditional and Roth 401(k) plans and IRAs and HSAs are different. Some HSAs don’t offer as robust an investment platform as traditional retirement plans. If you participate in your employer’s HSA program and the HSA provider offers too few investments to diversify your portfolio or mutual funds that consistently underperform the industry average, your returns may be lower. You have the power to move your money to an HSA provider of your choice through infrequent or regular trustee-to-trustee transfers.

Third, I assume that you don’t spend any of the (in this example) $5,000 that you contribute annually for retirement medical expenses. If you routinely spent part of the money that you’re saving for retirement to reimburse current expenses, you reduce your HSA balance today and reduce earnings on assets in the future. Funds in traditional and Roth 401(k) plans are far less vulnerable to current withdrawal because these accounts are designed for retirement savings only, administrators may make it difficult to make (or may prohibit, depending on employer policy) pre-retirement withdrawals, and penalties discourage distributions prior to retirement.

But the bottom line is that, if used properly, an HSA is a more efficient means of building medical equity than a traditional or Roth 401(k) plan or IRA. Taxes reduce the amount of your contribution or the spending power of your distribution. Alone among these accounts, HSA contributions, balances, and distributions experience no tax friction as long as withdrawals reimburse qualified expenses.

What’s the top concern among employers who offer high-deductible health plans? They’re concerned that their employees won’t be able to afford (blank). Fill in the blank by reading more here.

Grace-Marie Turner, president of the Galen Institute, has worked for decades to promote innovation and choice in medical coverage. In this article about the upcoming Medicare for All debate, she provides a broad perspective on what works and what doesn’t work for ordinary people.

One thought on “Introducing Medical Equity”