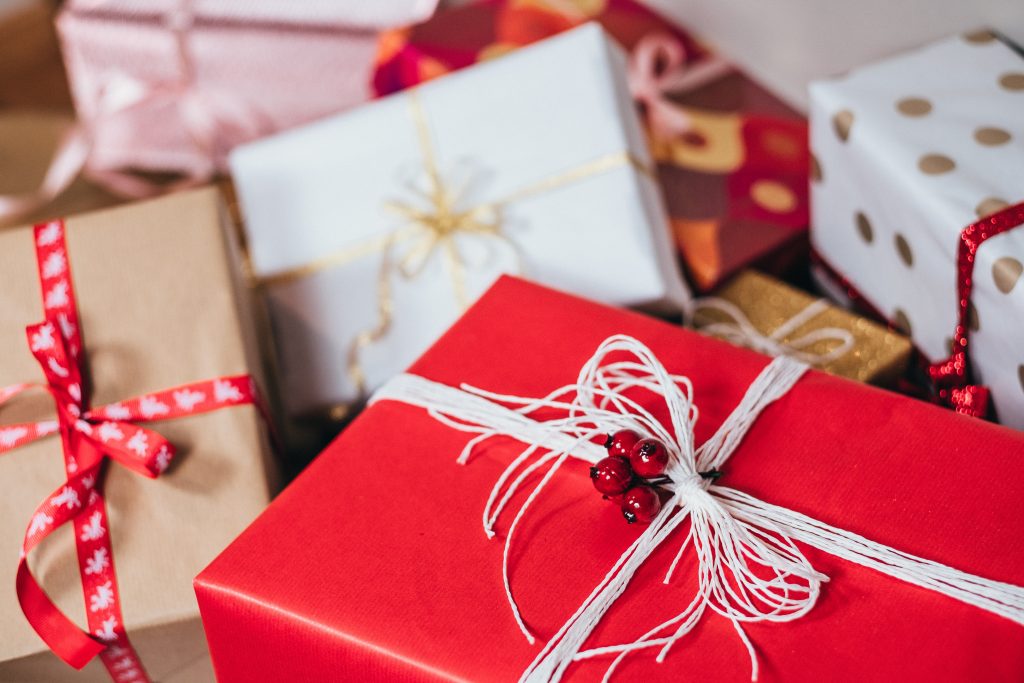 “This rule hurts people who participate in a Health Savings Account program. They’re retroactively disqualified from six months of eligibility to make and receive contributions. . . . If they’re unaware, they must either withdraw funds subsequently or remain blissfully unaware and face taxes, penalties, and anxiety if they learn of this rule during an audit of their personal income tax return.”

With the holidays upon us, I offer my annual list of presents that I hope will make their way into my stocking or under the tree this year, either as a gift that I can enjoy immediately or an IOU for something to be delivered at a future date. My list hasn’t changed much in recent years because the elves who work under the dome of the US Capitol too often don’t make the gifts that I value most.

Presents That Cost the Giver Nothing

The first set of presents on my list cost the giver nothing. It’s as though they receive a free gift just for shopping at a particular store or Web site.

Change the Name. The 2003 legislation refers to the underlying medical coverage as a High Deductible Health Plan. And back then, a plan with a minimum deductible of $1,000 for self-only and $2,000 for family coverage stretched the outer range of deductibles. But now we’re living with that label a decade and a half later. I’ve seen employees at open enrollment meetings shut down when the term is used. To paraphrase a famous movie line with a twist, “You lost me at High Deductible.”

The plans could just as easily have been called Low Premium Health Plans, since they typically cost less than other plans that most employers offer (and certainly less than plans with similar deductibles that cover more services subject to copay rather than the deductible). I’ve used the term HSA-qualified Plan for a number of years. That description, or something similar, should be substituted for High Deductible Health Plan in future government documents.

Decouple Social Security and Part A. I’ve championed this issue for several years now. Americans who receive Social Security benefits at age 65 (about half that population) are automatically enrolled in Medicare Part A at age 65. They can’t disenroll from Part A without giving up Social Security benefits. This rule was created by a government agency, not by legislation passed by Congress. It’s been challenged in the courts, and the challengers (including a former majority leader in the House of Representatives) lost in federal circuit court.

This rule really hurts low-income working seniors, who rely on Social Security benefits to supplement their low wages to meet their living expenses. They can’t receive a Health Savings Account contribution from their employer, as all other employees can, to help them manage their deductible expenses. And they can’t pass their payments to providers through a Health Savings Account to reduce their taxable incomes.

Making this change may actually reduce Medicare spending, as an analysis conducted by the American Bankers Association Health Savings Account Council showed in 2018. Here’s why: Working seniors who are enrolled in an HSA-qualified plan (especially if it’s the only plan their company offers) lose the benefits of the plan when they can’t make or receive employer contributions. Even though they’re happy with this coverage, they’re more inclined to drop the company plan and enroll in other Parts of Medicare when they lose the benefits of a Health Savings Account program. They thus shift all their claims responsibility from the private insurer to Medicare, increasing Medicare expenditures.

Decoupling automatic Part A enrollment from receiving Social Security benefits is like receiving a free metal detector as a doorbuster special, then giving it to your nephew who makes money finding treasures buried beneath beach sand or Viking artifacts (though not recommended). It’s a win-win. The House passed legislation by a 277-142 margin in July 2018 that included this provision, but it died in the Senate. It should be proposed again and passed in 2020.

Make Medicare Part A Retroactive Coverage Optional. People who wait until after full retirement age (age 66 for those celebrating their 65th birthday this year, increasing one month for each birth year until it settles at 67 for those born 1960 and later) to collect Social Security benefits receive Medicare coverage retroactively. So, someone retiring today at age 68 who begins to collect Social Security benefits upon retirement is auto-enrolled in Part A coverage retroactive to six months before receiving her first Social Security check.

This rule hurts people who participate in a Health Savings Account program. They’re retroactively disqualified from six months of eligibility to make and receive contributions. If they’re aware of this provision, they can stop employer and personal deposits into their accounts. If they’re unaware, they must either withdraw funds subsequently or remain blissfully unaware and face taxes, penalties, and anxiety if they learn of this rule during an audit of their personal income tax return.

Presents That Might Cost Money but Are Appreciated for Their Value

Eliminate the Prescription Requirement on Over-the-Counter Drugs and Medicine. Prior to 2012, Health FSA participants and Health Savings Account owners could purchase qualified over-the-counter drugs and medicine with their account balances. But the rules changed effective 2012. To help pay for the Affordable Care Act, Congress and President Obama required a prescription to purchase Flonase OTC®, Pepcid OTC®, ibuprofen, Dimetapp® and all other common drugs and medicine that patients use to self-treat common, recurring injuries, illnesses, and conditions. They should be allowed this freedom again, as the House decided in 2018.

Presents That Return Many Times Their Value

Allow Direct-Primary Care Patients to Make and Receive Contributions. A growing number of patients are entering into contractual relationships with their primary-care doctors. For a fixed monthly fee (usually less than $100 per month), patients receive care in a number of ways, including in-office visits, e-mail, and Skype. These doctors aren’t affiliated with provider networks, so they’re not constrained in sending patients to the most appropriate and cost-effective care outside the practice (including specialists, outpatient therapy, imaging, and comprehensive lab services).

Direct-primary care patients report high levels of satisfaction. So do their doctors, who focus on practicing medicine rather than filling out insurance paperwork. These physicians have an incentive to educate and monitor patients with chronic conditions effectively, since doctors aren’t compensated for each visit. And these providers often negotiate discounts for their patients with providers of other services or identify cost-effective providers for patients to see.

Under current law, direct-primary care arrangements are considered disqualifying coverage, which makes little sense. Thus, patients must choose between cost-effective primary care and making and receiving contributions to a Health Savings Account. Changing the rules would open Health Savings Accounts to additional people, who in turn would reduce their taxable incomes by making contributions to offset their out-of-pocket costs. But in exchange for a small loss of revenue to the federal treasury, patients would receive cost-effective care, which reduces overall medical spending. That seems like a fair trade-off, and the House included it in one of the bills that it passed and that subsequently died in the Senate.

Actuarial-Based Path for HSA-Qualified Plans. This is the big item on my wish list. It’s expensive, but it delivers real value. It’s not something that I ask for lightly.

Under current law, an HSA-qualified plan must cover all non-preventive care subject to the deductible. A deductible is a harsh tool that doesn’t distinguish between high-value and low-value care. For example, for a patient with chronic obstructive pulmonary disease (COPD), oxygen therapy and phosphodiesterase-4 inhibitors are subject to the same deductible as is ongoing chiropractic care for minor back pain. But keeping COPD patients out of the hospital and reducing their minor back pain have very different value in terms of potential medical costs. Yet deductibles pose the same financial barriers to all treatments not defined as preventive.

The Trump administration took a small step in this direction when it issued guidance earlier this year to allow a handful of services and drugs to be classified as preventive and thus covered below the deductible. A better solution is to allow insurers to build HSA-qualified plans defined by actuarial value rather than which benefits are subject to the deductible. Actuarial value is a measure of the split of claims responsibility between the insurer and the average insured person. In general, the higher the deductible, the lower the actuarial value. This concept is central to labeling coverage as Platinum, Gold, Silver, or Bronze on public marketplaces for nongroup coverage.

Here’s how it would work: Congress would pass and the president would sign a law allowing plans with an actuarial value below, say, 75% to be sold as HSA-qualified coverage. Insurers would then design plans to meet that target. They could allow a certain number of sick visits covered outside the deductible, cover all prescriptions subject to a copay rather than the deductible, or build plans for COPD or diabetic patients that covered high-value care related to the disease in full but applied other services to the deductible.

The natural result: More people would enroll in HSA-qualified coverage. Among those for whom an HSA-qualified plan is their only employer-sponsored option, compliance with treatment regimens would increase because cost wouldn’t be a barrier, thereby lowering the incidence of acute care and associated costs. And these patients would enjoy tax savings by paying their out-of-pocket expenses through a Health Savings Account.

If you haven’t read The Price We Pay: What Broke American Health Care – and How to Fix It, you need to add it to your Christmas list – or use an Amazon gift card to buy it. The author, Marty Makary, a physician at Johns Hopkins University, travels the country in search of examples of provider systems that charge outrageous prices for care and then sue patients who can’t afford to pay. It rivals Elisabeth Rosenthal’s An American Sickness: How Healthcare Became Big Business and How You Can Take It Back (which I reviewed here in early 2018) in identifying poor but legal behavior by deliverers of products and services to patients.

The victims in these stories aren’t limited to patients and their families. Many providers associated with these delivery systems have no idea of the systems’ practices and are appalled at the treatment of their patients. Read more here.

This column makes several references to the intersection of Medicare and Health Savings Accounts. Learn more about this overlap in this Benefit Strategies Fact Sheet.