The Role of an HSA
in Retirement 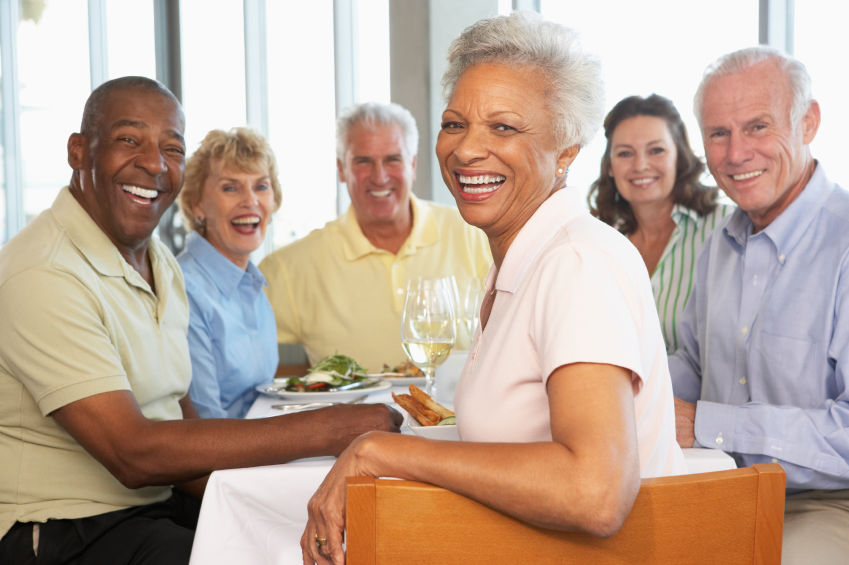 “You are the CEO of your retirement. CEOs make the critical decisions on how today’s resources are spent so that a business continues to operate well into the future. You must view your HSA in the same manner.”

The premise of my new book, HSAs: The Tax-Perfect Retirement Account (available for immediate shipment via Amazon by clicking here ), is that, as the title implies, HSAs offer a very effective means of building balances – I call it medical equity – to reimburse qualified expenses in retirement. Let’s dig a little deeper into this topic to discuss how an HSA can increase your retirement security.

The Cost of Care in Retirement

Fidelity®, the well respected mutual fund company, publishes an annual estimate of retirement medical costs for a typical 65-year-old couple retiring each year. Fidelity just released its 2019 figure, showing that this typical couple will need about $285,000 to cover retiree medical and other health-related costs.

That figure doesn’t include any costs for long-term care in a nursing home. It reflects Medicare premiums and cost-sharing, plus dental and vision expenses (employees often have employer-sponsored coverage for one or both of these categories, but Medicare doesn’t cover these expenses) and over-the-counter medicine, equipment, and supplies.

That amount may sound astronomical to many people (though I’ve seen published estimates that are even higher). But the more you learn, the more it makes sense. For example, Medicare Part B, which covers outpatient services, carries a premium of about $1,500 annually (or more, depending on income). Add a Part D (prescription drug coverage) plan for the national average of about $400 per year and a supplement plan at $2,500 and you suddenly have about $4,500 in premiums alone (or $9,000 per couple). Each inpatient stay triggers a $1,368 deductible. Outpatient services are covered at 80% after a small deductible. And Part D imposes cost-sharing as well. It’s not unusual for even a fairly healthy person (no inpatient stays, two prescriptions, and occasional doctor visits, plus some dental work and replacement glasses) to incur $6,000 or more out-of-pocket each year. That’s $12,000 per couple.

Assuming a normal lifespan of about 20 years after age 65 (a little more for women, a little less for men), these costs alone come to $240,000. Add in a few inpatient stays, more outpatient visits for a chronic condition or physical therapy following several surgeries over that span, perhaps another prescription or two, and a handful of root canals and crowns, and you can see how that figure can easily rise to $285,000.

Analyzing the Cost of Medicare Coverage and Care

Prospective retirees often overlook medical costs in retirement (read more here) and are often shocked at the projected cost. Many believe that they’ve prepaid their Medicare premiums through payroll (FICA) taxes during their working years. And they assume that Medicare’s out-of-pocket costs are low because, well, so many seniors live on fixed incomes.

But these assumptions are dangerous – both financially and medically.

You prepay your Part A premium through the payroll tax assessed on your earned income. The accumulated payroll taxes collected since 1965, when Medicare became law, fund inpatient care. But we now spend more on inpatient care for seniors than we collect from current workers through the payroll tax. The difference between current income and higher current expenses is financed by the accumulated balances. Those balances are projected to evaporate within a decade. Part A benefits won’t evaporate, but someone – workers or recipients – will have to pay more to keep the program afloat.

Payroll taxes don’t subsidize Part B or Part D. Instead, taxpayers do. The target figure is that the federal treasury pays 75% of Part B and Part D premiums and Medicare enrollees pay the remaining 25%. Using these figures, the average Medicare recipient incurs more than $6,000 in outpatient costs per year, for which she pays $1,500 in premiums plus a percentage of the allowable charge, and taxpayers pick up more than $4,500.

The same percentage figures hold true for Part D, though the dollar amounts are smaller.

Most people contemplating retirement fail to include, or dramatically underestimate, the cost of medical care in retirement. They may draw up a budget that includes housing, food, clothing, transportation, utilities, taxes, and other expenses accurately. But they don’t understand the cost that they will incur for medical care during a period in which their income is more fixed (and almost universally less) than during their working years.

Those who do have a vague notion of the cost of medical care include it in their budget and plan to withdraw funds from a 401(k) or similar retirement savings account to reimburse medical costs when they incur them. These people often don’t realize that they don’t own their retirement accounts individually, as they’ve been led to believe. True, they own them individually in the sense that there are no 401(k) plans jointly owned by two spouses.

But owners of traditional 401(k) plans and IRAs always have a financial partner – and perhaps two. The US Treasury (plus the state of residence, if it imposes income taxes) will take its cut of every withdrawal – the price we all pay for the opportunity to make contributions free of state and federal income taxes. And if we don’t withdraw enough to satisfy the government, we’re taxed on the amount that the federal government determines we should have withdrawn.

Let’s apply this concept specifically to the figure that we calculated earlier: $12,000 that the typical fairly healthy couple pays annually in Medicare premiums and cost-sharing, plus some routine dental and vision out-of-pocket costs. To pay those expenses from a traditional 401(k) plan or IRA, you’d have to withdraw $15,000 to cover the 20% taxes and leave you with $12,000 in after-tax funds.

If you adopt the rule of thumb that you spend no more than 4% of your savings balance in any given year, you’d need a dedicated traditional 401(k) or IRA balance of $375,000 annually just to fund your retirement medical costs. You’d need a higher – probably much higher – balance to pay all your other living expenses that your Social Security check doesn’t cover.

HSAs can play a critical role in funding medical premiums and cost-sharing, as well as dental and vision out-of-pocket costs, in retirement, as I point out in Chapter 4, Building Medical Equity. Because neither HSA contributions nor distributions for qualified expenses are taxed, the same reduction in immediate consumption produces a greater balance to reimburse these expenses in the future.

For example, a person committed to lowering her current consumption by $3,000 annually to fund medical expenses in retirement would contribute about $2,100 to a Roth IRA (and pay about $1,200 in taxes, assuming a 30% tax burden), about $2,770 into a traditional 401(k) plan (after paying her 7.65% federal payroll tax) and the full $3,000 into her HSA. Imagine the effect of years of compounding gains on those higher contributions through an HSA. Actually, you don’t have to imagine, as Chapter 4 provides the full picture.

What does it take to build a more worry-free retirement by building balances in your HSA? The same skills and attributes that it takes to make any financial or other investment (like time) to pursue a long-term goal:

Knowledge: You must be aware of the need to prioritize certain behavior and know how and where to access the information that you need to chart your course.

Discipline: You need to stick to your plan, even when it’s not easy to do or it creates costs in the short run. In the case of HSAs, I have adopted a policy that my family fully funds my HSA ($8,000 in 2019) and spends up to only $1,000 annually from our HSA to reimburse current qualified expenses. We then pay our remaining qualified expenses either through a Limited-Purpose Health FSA or with personal after-tax funds. Our commitment to our long-term goal is challenged when we’re suddenly confronted with a $3,000 medical bill. We must find other funds to pay that bill (my favorite is negotiating a payment plan with a provider) so that we don’t stray from our savings goal.

Resilience: You must be able to stay on course or alter your direction appropriately when the external environment changes.

You are the CEO of your retirement. CEOs make critical decisions on how today’s resources are spent so that a business continues to operate well into the future. You must view your HSA in the same manner. When you do, you’ll appreciate the important role that your HSA can play.

The Motley Fool lists Failing to plan for healthcare costs as one of the 3 Retirement Mistakes You’re Probably Making. And HSA plays a central role in the solution.

And speaking of retirement, economist John Goodman outlines the number of ways that government policy discriminates against senior citizens and offers some cures.

Finally, on the retirement front, a number of analysts are concerned that too few Americans are saving for retirement. Andrew Biggs, a scholar at the American Enterprise Institute, believes that these concerns are exaggerated, as he explains in this column.

One thought on “The Role of an HSA
in Retirement”