Weighing Coverage Options When You Lose Your Job 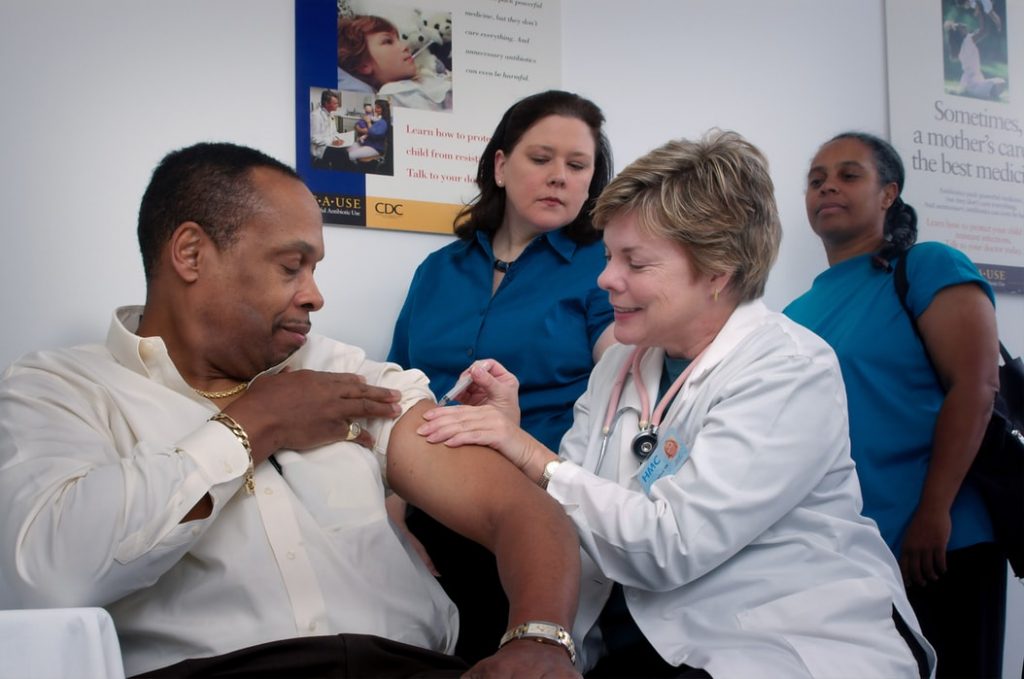 “COBRA continuation doesn’t apply to employees who work for a company with fewer than 20 employees (although some states have passed similar continuation programs to cover workers at small companies). And because COBRA provides continuation of the group plan, if the group plan is terminated (for example, the company goes out of business), there is no COBRA option for current or prospective COBRA enrollees.”

Although the economy is growing and unemployment declined from 14.7% in April to only 11.1% in June, millions of Americans remain out of work. And although the statistics vary widely based on definitions and measurement, millions of people without jobs are no longer enrolled in their employer-sponsored medical coverage.

Most have options. But options can be confusing to people who have never or rarely shopped for coverage rather than just signed up for a plan at their company’s open enrollment. Is COBRA the best option? What about nongroup coverage now that it’s regulated by the Affordable Care Act market reforms? Are there other options?

Let’s look at common options and look at some scenarios to determine what may be the best coverage.

COBRA, an acronym for Consolidated Omnibus and Budget Reconciliation Act, allows employees to continue their group coverage when they lose eligibility as a result of job termination or furlough, shift from full-time to part-time work, or death of the employee/plan subscriber.

People who exercise their COBRA continuation rights pay 102% of the premium, which can be a shock. For someone whose employer pays 75% of a $1,600 monthly premium, the cost of coverage increases from $400 (which is deducted from their paychecks pre-tax, so their net cost is $300 monthly) to $1,632 monthly. And unless the COBRA purchaser has accumulated funds in her Health Savings Account (withdrawals are tax-free if the premiums pay for coverage when the employee elects COBRA or is collecting unemployment benefits), those premium payments are post-tax.

The Senate is working this week on a pandemic-response bill that may include a taxpayer subsidy to help COBRA-eligible unemployed workers pay their monthly premium. The House has passed legislation already. This issue may bog down the legislative process.

COBRA-eligible individuals usually must elect to continue coverage within 60 days of notification, then have another 45 days to pay their premium. But an executive order issued by the Trump Administration this spring stops those clocks, so qualified beneficiaries now have unlimited time to make an election. This delay in committing to coverage gives laid-off employees additional time to determine whether they need to extend coverage.

COBRA continuation doesn’t apply to employees who work for a company with fewer than 20 employees (although some states have passed similar continuation programs to cover workers at small companies). And because COBRA provides continuation of the group plan, if the group plan is terminated (for example, the company goes out of business), there is no COBRA option for current or prospective COBRA enrollees.

The Affordable Care Act reformed nongroup markets and delivered a single national set of standards for people who purchase coverage on their own, rather than through an employer. These plans are guaranteed issue, which means that anyone who applies is accepted. And they’re community rates, which means that rates are based on the claims experience of all enrollees in the nongroup market, rather than to any subscriber’s level of utilization.

But rates are adjusted to reflect family size and ages, in sharp contrast to group plans. Remember that $1,600 monthly family premium example that we used above? A 30-year-old may pay a $900 monthly premium and a 50-year-old a $2,200 premium for the same coverage.

Though product menus are different from state to state, nongroup plans often have higher cost-sharing, larger deductibles, then co-insurance up to the federal maximum of $8,150 per person), small networks, and more restrictive prescription drug formularies.

These plans provide temporary coverage for people with a short-term gap in coverage. Typical buyers are people between jobs and early retirees who need to bridge a coverage gap until they qualify for Medicare at age 65. Unlike nongroup plans, these plans are medically underwritten. Insurers review applicants’ medical history and choose whether to offer or deny coverage, and then price the coverage, based on medical history and projected future claims costs.

When you hear Democrats talk about “junk coverage,” they’re referring to short-term, limited-duration coverage. These plans often include exclusions (such as for maternity care, behavioral health and substance abuse, and prescription drugs) – benefits that can’t be excluded under most coverage per federal regulations. Democrats fear that consumers will be confused and choose a plan with, say a $500 monthly premium, rather than a $1,600 premium in the nongroup market, and not realize that the coverage isn’t as comprehensive. Republicans defend these plans as a less expensive alternative, particularly for healthy people who need temporary coverage.

Some states (like mine, Massachusetts) severely restrict or prohibit the sale of these plans, so you may not have this option.

These plans aren’t insurance at all. Rather, some faith-based organizations have created programs that offer voluntary coverage of medical expenses. They’re beyond the scope of this article. Membership has grown from 200,000 to 1 million since implementation of the Affordable Care Act, as the ACA’s rating methodology and comprehensive benefits have increased premiums. So, they’re an option for people of faith to consider.

Which Option Is Best?

If you’ve lost your employer-sponsored coverage and want protection from sudden medical bills, which approach should you pursue? That’s a highly personal question. And the answers may be different if Congress passes legislation to subsidize COBRA premiums.

Here are some guidelines that you might consider and discuss with a financial or insurance professional:

You’ve satisfied much or all of your employer’s deductible. Your best option might be COBRA. That way, you remain on the same coverage with the same benefits, network, and prescription formulary. And you won’t have to begin to satisfy a new deductible (often $4,000 or more for family coverage), thus reducing your out-of-pocket costs for the year.

You’re over age 50. Check premiums for nongroup versus COBRA. You may be better off continuing your group plan, since premiums are blended. Your younger former co-workers will subsidize what you pay for coverage, as they did when you were active at work.

You’ve incurred few or no expenses and don’t have any services scheduled. If you’re COBRA-eligible, you can delay deciding to accept COBRA coverage or paying your premiums, thanks to the emergency guidance issued by the Trump Administration. But if you need care, your employer’s insurer will deny your claims (since you’re not enrolled on the plan, even though you retain the right to enroll retroactively). You’ll have to pay the bills – probably at the retail, not negotiated, price. If you subsequently choose to exercise your COBRA rights retroactively, you’ll have to pay the premium for all retroactive months of coverage, have your provider resubmit claims, then work with the provider to return your payments.

You’re young and haven’t satisfied much or any of your group plan deductible. Think about nongroup or short-term, limited-duration coverage. Nongroup premiums may be more affordable than your group premiums, and you can choose the level of coverage (premium, deductible, network, etc.) that works for you, rather than continuing a group plan that may not fit your needs. The short-term, limited-duration option may make sense financially if you’re healthy (remember, acceptance and premiums are based on a review of your health). But be sure to understand what it does and doesn’t cover.

You’ve incurred few claims, but expect to receive care soon. A nongroup HSA-qualified plan may be appropriate, particularly if you don’t have the option to continue coverage on your company’s HSA-qualified plan. It’s important that you haven’t satisfied much of the deductible on your group plan already. If you haven’t, this option allow you to open and fund a Health Savings Account (up to $3,550 for self-only and $7,100 for family coverage, plus another $1,000 if you’re age 55 or older) to pay your qualified out-of-pocket costs and deductibles (if you’re collecting unemployment benefits) from the account.

You’re a working senior (age 65 or older). Be very careful here. You won’t be able to buy nongroup coverage or short-term, limited-duration plans. COBRA coverage is available for people prior to age 65, and they can continue that coverage once they turn age 65. But with a couple of huge caveats. First, Medicare doesn’t recognize COBRA continuation as group coverage, so you may pay a Medicare Part B penalty if you don’t enroll during your initial enrollment period.

Also, when you turn age 65 and are covered by COBRA, Medicare becomes you primary coverage. If you have an expensive outpatient service – say, cancer treatment that runs $100,000 – your COBRA plan, as secondary payer, will pay 20% of the bill. Medicare Part B pays the other $80,000. But if you didn’t enroll in Part B, you’re on the hook for what Medicare would have paid.  That amount that you owe – $80,000 – would more than cover two decades or more of projected Part B and Part D premiums in retirement.

If you had the choice of enrolling in a Health FSA or a Health Savings Account, without the need to enroll in HSA-qualified coverage, which account would you choose? You might have that option soon. Read my recent HSA Wednesday Wisdom  column in LinkedIn to learn more.

When the 116th Congress was seated back in January 2019, with a shift in House leadership from Republicans to Democrats, observers held out hope that the two sides could deliver on reforms to address balance billing. Both parties and both chambers want reform. But they differ on how to achieve this goal. And neither side seem ready to budge. Two former White House officials  frame the arguments here.