Why the Cadillac Tax Had to Go 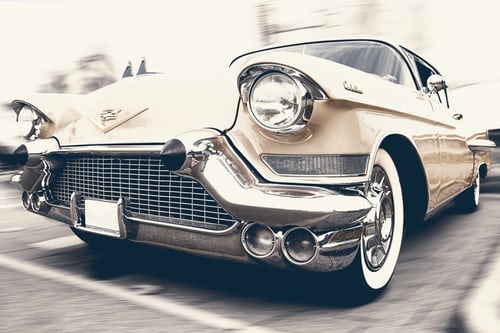 “It defies logic to argue that employee salary deferrals – compensation that employees choose to take in the form of tax-advantaged funds to reimburse their personal financial responsibility for care – fall within any logical definition of premium.”

The budget deal to which the House, Senate, and President Trump agreed last month finally eliminated three taxes that were designed to finance the Affordable Care Act when it passed Congress in March 2010. Repeal followed two prior congressional votes to delay implementation.

The excise tax on high-cost plans (Cadillac Tax), the medical-device tax, and the Health Insurance Tax (HIT) were all designed to create a revenue stream to help support the ACA’s massive expenditures to subsidize premiums, expand Medicaid, and allot taxpayer funds to a number of new agencies and existing initiatives. They proved to be less popular with members of Congress when it came to sending voters the bill than the taxes were when buried in a massive piece of legislation.

Purpose of the Cadillac Tax

The justification of imposing a tax on high-cost plans is rooted in sound economics. Simply put, consumers buy more of something when it’s subsidized and less when it’s taxed. In other words, price affects demand.

In the case of medical coverage, group medical premiums enjoy special tax advantages. Since World War II, the amount that employers pay toward total premiums are tax-free to employees (and employers can establish a program to allow employees to apply pre-tax income to their share of premiums). The so-called employer exclusion allowed employees to gain greater benefit by accepting another dollar of compensation in the form of medical benefits (not taxed) than cash (taxed).

This additional dollar of medical benefit often results in coverage for new services (like chiropractic care and acupuncture) or lower employee cost-sharing (which reduces financial disincentives to receiving care) or access to a broader network of providers (who, because insurers don’t use a narrower network to extract price concessions, charged more than they otherwise would for their services). This expansion of coverage, regardless of the form that it takes, increases demand for medical care, which in turn increases the total amount of our national economic output spent on medical care.

That’s the theory. But where does the Cadillac Tax fit into the equation?

Opposition to Eliminating the Employer Exclusion

The architects of the ACA wanted to eliminate – or, if that failed, cap – the employer exclusion. They believed that if medical coverage were placed on par with cash compensation, employees would choose to accept their next dollar of income in the form of taxable income rather than medical coverage. This decision would achieve the dual benefits of increasing federal tax revenue (an untaxed $100 of income that’s now taxed generates between about $20 and $32 in federal tax income) and paring down medical coverage so that patients pay more for the coverage that they receive and thus become more prudent consumers of care.

But the employer exclusion had many defenders: employers, benefits advisors, employees, and anyone who favored maintaining the stable part of the coverage market as the ACA disrupted the system to increase coverage.

Employers favored the exclusion because generous medical plans help them attract and retain employees. And if the exclusion were eliminated, they’d have to pay their 7.65% portion of payroll taxes on every dollar of medical coverage offered.

Benefits advisors wanted to retain the exclusion because it stabilizes the group coverage market. These advisors are usually compensated by insurers for these group sales, and group (wholesale) sales are far more efficient than nongroup (retail) sales. Plus, when coverage is concentrated at the employer level and the company pays most of the premium, employers can influence the design and cost of care, drive innovation, and demand change. Individuals who purchase coverage outside a group arrangement can’t raise that collective voice.

Employees would suffer a serious drop in take-home pay if their employer’s share of the premium were taxed. If the employer paid $20,000 toward premiums, an income tax rate of 22% and FICA taxes at 7.65% would result in an additional $6,000 of taxes owed. Few employees can absorb an additional $500 per month of expenses in their family budgets. And few employers, with no offsetting cost savings, have the resources to pay employees more to offset this new expense.

The Cadillac Tax Caps the Exclusion

Absent eliminating the employer exclusion, the ACA’s architects next plan of attack was to cap the amount of the exclusion. That approach didn’t fly politically in charged meetings within the Obama Administration and among Senate Democrats (see the chapter “Snow Jobs, Poison Pills, and Botox” in Steven Brill’s book, America’s Bitter Pill: Money, Politics, Backroom Deals, and the Fight to Fix our Broken Healthcare System for more information).

But the Cadillac Tax had the same effect. A 40% excise tax on premiums above a certain figure (adjusted annually to reflect general – not medical – inflation, but not adequately other factors that affect premiums, like prevailing prices or composition of work force), the Cadillac Tax effectively capped the exclusion.

And the tax wasn’t imposed directly on employers or employees. Instead, insurance companies – already painted as the villains in this battle – would pay the tax. Of course, anyone who’s completed economics 102 knows that the party that pays the tax and the party that collects the tax are often different entities. Since medical coverage is essentially a pass-through contract, insurers would include the cost of the Cadillac Tax in that year’s premium, which employers would then divvy between themselves and their employees as they saw fit.

The Cadillac Tax and Consumer-Driven Health

The ACA is a microcosm of today’s legislation. Congress approves a broad outline, then leaves administrative agencies (in other words, the executive branch, headed by the president) with broad powers to write the rules to support these general policy objectives. When defining what constituted a premium for purposes of calculating the Cadillac Tax, the Obama Administration determined that employer Health Reimbursement Arrangement funds, and employer and employee contributions/elections to Health Savings Accounts and Health FSAs all fell under the definition of premium.

It defies logic to argue that employee salary deferrals – compensation that employees choose to take in the form of tax-advantaged funds to reimburse their personal financial responsibility for care – fall within any logical definition of premium.

Yet that was the law. Here’s how it plays out in a simple example:

You can spot the problem. The employer purchases coverage below the threshold. The company wants to offer employees programs to help them manage their out-of-pocket costs. But employee contributions to those programs put the “premium” above the threshold, subjecting the company to Cadillac Tax assessments.

If you’re an employer, what do you do? Well, according to a 2017 trade-group survey, 12% of employers who offered Health FSAs and 19% who offered Health Savings Accounts would seriously consider eliminating these programs going forward. You’d act as a rational employer should, unless you’re willing to let individual employees make decisions that subject your company to a 40% excise tax.

I spent a lot of time on Capitol Hill during the last three years advocating for repeal of the Cadillac Tax or a delay (which happened twice, and thus the levy was never applied) or a redefinition of premium to exclude employee salary deferrals. The argument that I most often heard among sympathetic Democrats (their union allies, whose generous medical benefits are a key selling point with their members, were vocally united against the tax) was that they couldn’t vote to repeal or modify the tax without a “pay for” – in other words, a new source of revenue to replace lost Cadillac Tax revenue.

This argument had several flaws.

First, the tax was never imposed and never was going to be imposed. Both parties had constituencies – unions among Democrats, corporate America among Republicans – that didn’t want to see this tax applied. Congress delayed the tax twice and would continue to do so forever. In other words, there never would be a revenue stream to replace.

Second, the budget scorers grossly overestimated the revenue from the tax, as we tried to point out in office after office. The revenue model assumed that every Health FSA participant ($2,750 in 2019) and every Health Savings Account owner ($3,500 for self-only and $7,000 for family coverage in 2019) elected or contributed to the federal limit. In reality, the average election/contribution to either account is between $1,500 and $1,800 annually.

Also, the model assumed that if an employer reduced medical premiums – for example, by increasing deductibles or imposing coinsurance, or limiting the network – the company would give 100% of the savings to employees in the form of taxable income. We’ve seen employers buy down on benefits for more than a decade with no evidence that they pass along any meaningful savings, never mind every dollar saved, to employees.

So, the model grossly overinflated the amount of revenue that the tax would raise. And that was a stumbling block for years in our efforts to have the tax repealed or modified.

In July 2019, the Democrat-controlled House of Representatives voted 419-6 to repeal the Cadillac Tax. Let that vote breakdown sink in during a period when the two major parties can’t seem to agree on anything. A companion bill in the Senate garnered 62 signatures – a filibuster-proof number of senators in a Republican-controlled chamber. But the bill didn’t get to the floor for a vote.

Finally, in December, when Congress had to authorize spending levels for the 2020 fiscal year (which began Oct. 1) or shut down the federal government a week before Christmas, Republican leaders in the Senate hastily wrote a bill that was so complex and released so close to the deadline that no one had time to read it. That bill included a repeal of the Cadillac Tax, the medical-device tax, and the Health Insurance Tax.

Sometimes, that’s how government works. Although works may not be the appropriate word.

How does your state rank in a number of health- and care-related measures? The Commonwealth Fund provides a handy tool to guide you.

Two Senate proponents of Health Savings Accounts – one from each major party – have recruited colleagues to join their effort to modify federal tax law to give insurers and employers the option to create and purchase HSA-qualified plans that provide first-dollar coverage for some services that keep patients’ chronic conditions from becoming acute. Learn more here.

Do you read my weekly HSA Wednesday Wisdom column, published on LinkedIn? In last week’s edition, I provide some advice for new and veteran Health Savings Account owners on how to conduct an annual account check-up. Read more here.